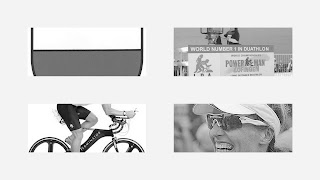 Since years it is always the same for me in September…

Since 1989 a race that some athletes describe “harder & tougher” than an ironman triathlon. A 10k run followed by a selective 150k bike ride. Finally the “icing on the cake” is a hilly 30k run – that are the facts.

The boom time of that race goes back to the 90’s when triathlon legends like Jürgen Zäck, Mark Allen, Paula Newby-Fraser, Natascha Badmann, Lori Bowden, Olaf Sabatschus and Olivier Bernhard lined up beside US duathlon stars such as Ken Souza and Scott Molina. But the times are long gone since the german Andreas Rudolph won the first race 20 years ago.

Duathlon and (maybe) especially the “duathlete’s Hawaii” are victims of an ironman hysteria that sees thousand of people finishing in a numerous of 226k races around the globe. Duathlon is the unloved and neglected stepson of the “swim-bike-run” community. Formerly invented as biathlon to give multisport fanatics a reason to race during the cold winter, the now named, duathlon is far away from a peak phase. This years Zofingen startlist is the proof. Not more than 300 (!) people lined up for challenging 190k – unbelievable.

Where is the prestige gone that made the race even more special than your random iron distance in “example-city”. A competition that saw an unbeatable “Mr.Duathlon” Kenny Souza dropping out in a “in your face” snowstorm with his tiny neon-coloured californian style duathlon outfit. A race that saw couple of ironman champs struggling and even DNF. The rough swiss mountains and running trails that defined and sorted true endurance athletes are not longer a magnet despite a boom in endurance sports in general. Its sad to see a brilliant and honest race out of the focus!