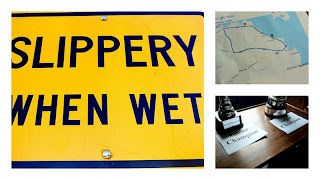 It was the weather Paris-Roubaix is waiting for since a couple of years – Rain!

We were riding towards the start as a sunny sky turned around into a black and grey something. It was raining nicely on a quality field that was lined up for the championship race in Donaghadee. Just beside the sea we had to race 9 loops to get 70 miles in.

I went out with the A3 group which had a little headstart towards the A1 and A2 group. My group worked nicely through the rainy streets. This time the surface was good which was really necessary in that heavy rain.

Drafting is not that funny in rain but i did not really care. I was hurting straight from the start. My legs just warmed up in the second loop and felt good then. This one was the toughest race in my short road cycling “career” but i enjoyed the challenge. The middle of the field should by my spot in this race and i tried to maintain it. It was not easy. After every corner i struggled and had to focuse on a certain wheel. “Do not drop, do not drop…” was the sentence i said myself after every tempo increase. And there were quite some sprints, especially when there were some points to grab. For me it was a survial game. 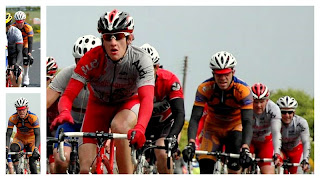 When the A1 and A2 group caught us it got really busy. I could stay and ended up driving in the wind several times. Too much as i had to find out after approximately 80k. After the long windy stretch beside the sea, which i was leading for a bit, i could not hold the group at a uphill strech and got dropped. When i saw how many guys were sitting in that main group i was shocked. Why did i lead that bunch? My mistake. I got dropped and could not get back to the group. The Commissaire was driving by and i was gone for the day. The truth of road cycling caught me. This time by surprise.