On point with Jaakko Mäkelä

Together with his older brother Ville they were the 13th team that crossed the finish line in front of the Utö Vardshus this past Monday. It took the finish brothers 9:16:43 hours to complete the fabled Ötillö course in thrilling conditions. We met the fast duo from Espoo on the ferryboat that took all Ötillö participants back to Stockholm the day after the race. Jaakko found the time to answer some questions about the race and what he is up to next. 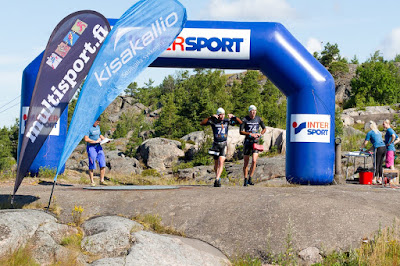 RUNssel: Your initial Swimrun experience was at the Ötillö Merit race in Solvalla, Finland. You won it straight away and qualified for this year’s World Championships across the Stockholm Archipelago. How did you guys end up racing a Swimrun competition and in what way did you prepare for your initial outing?
Jaakko Mäkelä: OK, let’s make it clear. We won the men-class in Solvalla back in 2016, but Jasmina and Thomas Schreven were way faster than us and won the race overall. Nevertheless, we got a ticket to ÖtillÖ and there was no doubt we would not use it. We ended up trying Swimrun after racing many years in multisport, adventure racing, mountain biking, orienteering, running, cross-country skiing etc. We wanted to try something new and Swimrun looked like fun. Before the race we were pretty confident with our running skills, but with swimming we weren’t that familiar. My brother Ville had never swum longer than 300m but we didn’t let that bother us and decided that we just keep running as fast as we can through the race. 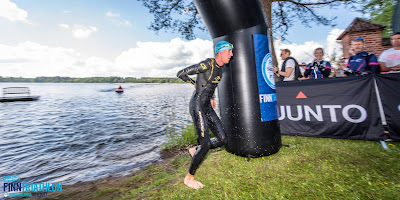 RUNssel: The landscape on the finish west coast, where you guys life, seems to be pretty comparable to what you face throughout Ötillö. Where and how did you guys train for the competition? Did you set up a special training plan and how did your key sessions leading up to the big race look like?
Jaakko Mäkelä: I think Finland might be the best country to practice Swimrun. With more than 180.000 lakes it’s easy to find a location to train. We do most of our “specific” Swimrun training in Nuuksio national park where the Solvalla Swimrun is also held. There are plenty of smaller crystal clear lakes and never ending beautiful forest trails. It’s also located just a few kilometers away from our homes. Few times we did training sessions in the southern archipelago which offers a bit rougher weather and more “ÖtillÖ-like” landscape. As we both have full time jobs, our training is relatively easy during the week, but at the weekends we like to race a lot. If there is no race to compete then it’s time for some longer training sessions. Before ÖtillÖ we raced together at the Porkkala Swimrun, Lake to Lake Swimrun and Kopparnäs Swimrun. We also participated in some triathlon races and trail races individually. The final training involved of some longer runs (40k) just to get our legs properly smashed a few times. Our Training philosophy – “get fit by racing” works pretty well for us! 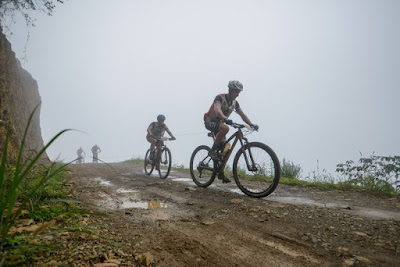 RUNssel: What equipment did you use during Ötillö?
Jaakko Mäkelä: In ÖtillÖ we used the new Sailfish Swimrun Pro wetsuits. It fits really well for me, but still gives you enough “legroom” for running. It also has nice pockets and well planned zippers. On our feet we had the Salomon Slab Amphib which drains well and is light. Between the legs were the biggest pullbuoy available from Huub (Big Buoy) and hand paddles were from Sailfish.

RUNssel: As experienced multisport racers you are no strangers to a proper team effort. What are the specialties of Swimrun racing in your point of view?
Jaakko Mäkelä: Swimrun is really a team sport. We have done more than 100 races together as a team so giving a helping hand when needed comes quite naturally. You are not as slow as the slower team mate or as fast as the faster one. Using towlines both in swimming and running makes a better team effort for sure. 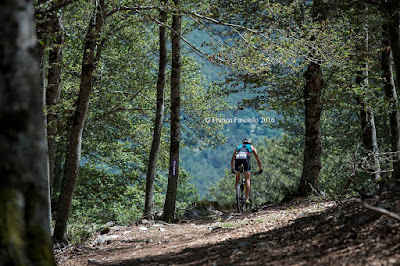 RUNssel: You finished last Mondays race in 10th place. An impressive performance for first-timers. How did your day unfold and what did you learn from your first Ötillö?
Jaakko Mäkelä: We asked for some advice from people who had been racing ÖtillÖ before. Fellow Finn Petri Forsman was the first winner of ÖtillÖ and is an adventure racing legend. He gave some helpful tips as did Mika Luoto and Juha Lindfors who were racing this year as well. With all the information we gathered we set our goal to go under 9h. We finished 9.16 h but maybe the weather wasn’t on our side this time. Still we were really satisfied with our effort. Due to the challenging ocean swims we swam some extra meters here and there, but we had never been swimming in that kind of waves and currents so it was a brand new experience. Running on trails was our strongest part and we could open some gaps there with our closest rivals. Overall it was a pretty solid race for us. For the future we definitely need to do more swimming in harsh weather. 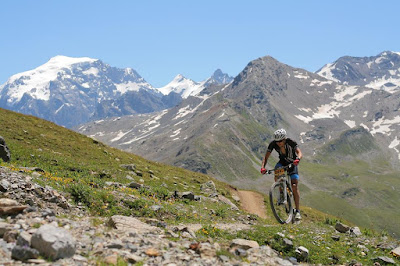 RUNssel: At this year’s Xterra Finland you qualified for the Xterra Worlds on Maui. How do you get ready for this race?
Jaakko Mäkelä: For Maui I need to get back on my mountainbike. I haven’t been cycling much this summer, so it’s going to be my weak spot. Luckily I have some extra motivation after ÖtillÖ so I just need to put on some Gore Tex gear and my head lamp every night (It’s getting dark!) I’m sure it’s going to be great fun also in Maui.

RUNssel: Do you have already plans for the forthcoming season? Will you be racing more Swimrun races?
Jaakko Mäkelä: In 2018 we are definitely going to be racing Swimrun more that this year. There is plenty of good races in Finland and maybe we join some international races as well. Beside Swimrun there will be some triathlons, trailruns, MTB and multisport. ÖtillÖ 2018 is part of our race calendar for sure!