I have to admit. I confess I totally forgot to script this test report way earlier.

It was half a year ago when I received a phone call from my local customs bureau requiring about a mysterious package waiting to get picked up. So I did pick up a box with the name “Altra” written all over the mysterious piece that flew in from the USA.

Edgy as a little kid on Christmas I opened the neat shoebox. What I was holding in my hands a couple of seconds later was a slice of nothing who looked like a shoe. I checked the box again an the name of this piece was “Adam”. 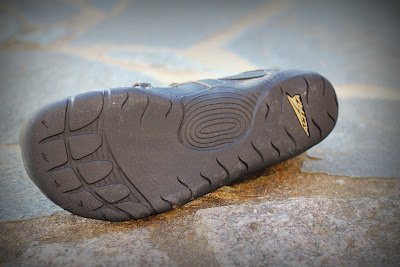 My barefoot running experience is not as sketched out as the one “Born To Run” offers. I do wear light shoes all the time and I do trust in a simple approach when it comes to footwear. When I used to play football we had to do the cool down barefoot. Nobody wrote a book or a thesis about some kids in Germany jogging without shoes over a football pitch. So for me it is nothing new.

Occasionally I run barefoot to warm up before a session or to cool down. I followed the barefoot running boom more less as an spectator but not really as an consumer. With the landing of Adam this had an end.

The instant feeling was great. Remarkably or maybe not surprisingly it felt “natural”. A well-worked piece that fitted perfectly to my big foot. I began to use the shoe for normal doings in and outdoors to get used to it. And then it happened that I overlooked “Adam”… I forgot I was wearing and using him. 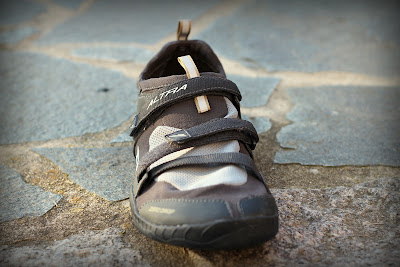 At this stage I’m up to 30 minutes on all sorts of surfaces for up to 3 times a week and I enjoy the simple and trustworthy function he has to offer. Without recognizing it, and that is a good sign!

Adam certainly does the job. Once you are used to him he will help you a lot. He is there for all sorts of occasions as well. Just be cautious. It is a relationship that needs time. Get used to each other…