Running with the Tide

“I guess the only thing that didn’t grow out of this is a baby! Actually, I’m not a 100% sure…” Henning is laughing and takes another sip out of an ice-cold jug of Astra beer. It’s close to 11pm on a Wednesday night and a crowd is chilling in the bar of the trendy Superbude hostel in Hamburgs St.Pauli district. Nothing out of the extraordinary for this eventful part of town. The only strange thing is that this crowd is a bit sweaty and covered in running clothes. They call themselves Tide Runners.

We just finished a 15k run around Hamburg. Michael was the guide tonight and he took a bunch of about 70 runners across some suburbs. It’s a mix of all sorts of types and characters. If there is just one thing that unites this crowd it’s running. As simple as the activity is the approach. Old fashioned Running clubs are getting more and more dense and people looking for different sorts of running meet ups.

The New Yorks Bridge Runners were the first running crew that did not really had a social approach. Just a couple of open minded people meet on a defined spot and go for a leisure run around their town. Beers to finish of a nice run around is standard. Exactly that fascinated Lars when he shot the Bridge Runners for a German magazine. He came back home to Hamburg and started the Tide Runners with two friends.

As I’m looking into plenty of happy faces it’s more then obvious that the idea is also working outside of NYC. As people drink and talk, the first runners are leaving with a smile, most of them will meet again. Next week. Same place. Different route. Lots of fun! 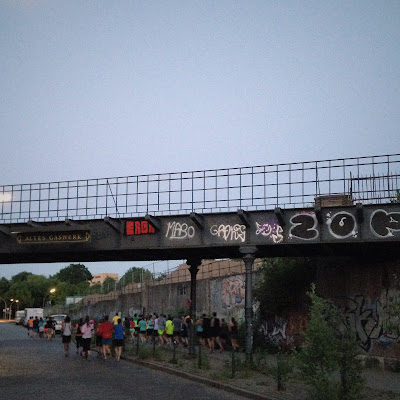 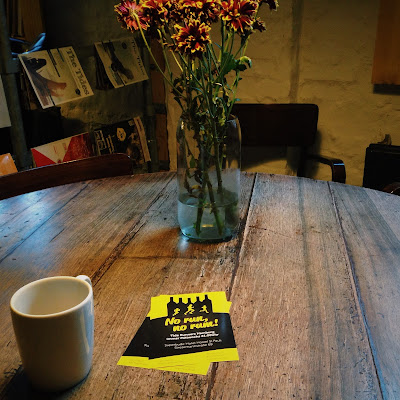 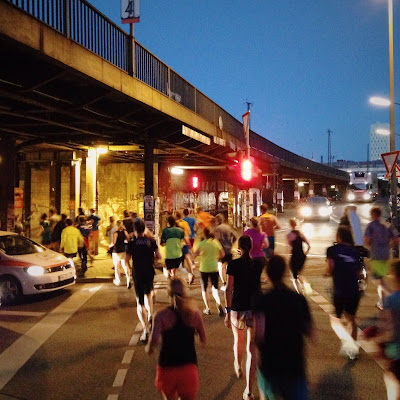 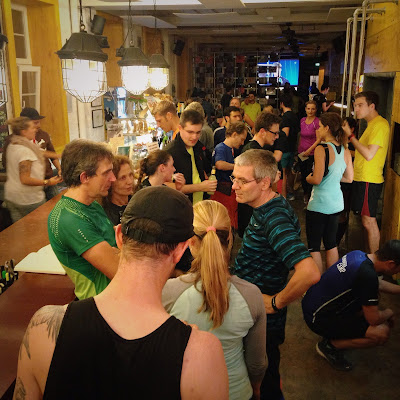 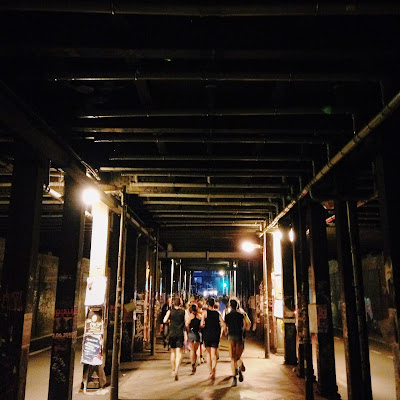 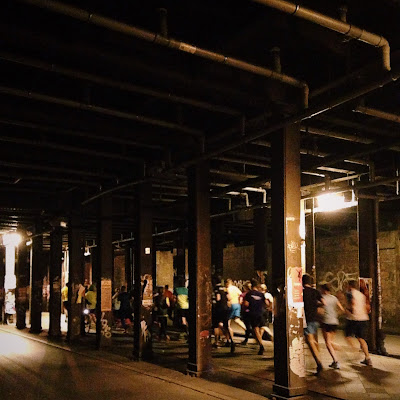