“Why pay the same amount of cash to travel to a close-by island when you could tour to the Alps and run real trails for the same money?” Toni gazed at me. He then began to grin. “Now you know why we come here for that race. I’m glad you came up!” Toni beamed. 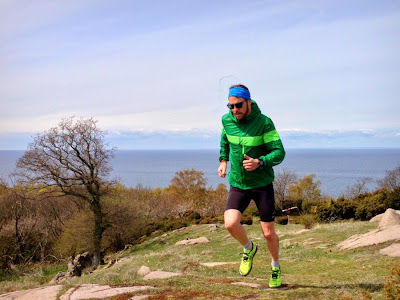 I was in party mood when I first heard about the “Hammer Trail”. During the Transalpine Run after race party we chatted away. People from all around the world were ecstatic. Eight hardy days of trans-alp adventuring were behind us. It happened that during the competition we formed a little group consisting of Norwegians, Swedes and a solid Danish core. Every evening after the daily race routine it was time for cuisine and witty talks. When the dialogue turned into “must do races” that last night, the Danish only had one response – “Hammer Trail”. 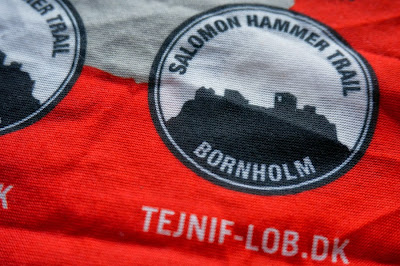 My response was clear. I wanted to see what off-road jogging in Denmark is like. Andreas thankfully organised the numbers and I packed the car and some friends. We traversed Germany. Took a ferryboat from the German isle of Rügen and sailed over to the Danish atoll titled Bornholm – The home of the ill-famed Hammer, apparently. 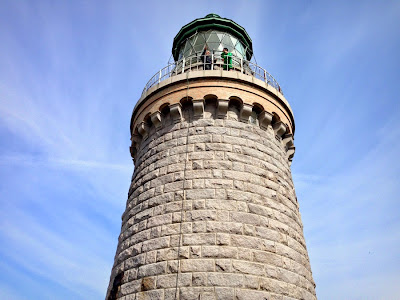 After we ticked most of the holidaymaker boxes with some particularly delectable fish buffet in the local harbour and tiny tourism undertakings around our base town, it was time to check out the race venue. We timed it pretty accurate. Just minutes after we arrived at the venue Andreas was about to set of. He and Toni were in the 100 Miler that departed at around lunchtime. We shouted for the two and then went straight to the natural roadways to see what’s on the blackboard for the next day when we were supposed to compete. When an intentional 30 Minutes jog turns out to be a 1-hour gallop you know something must be exceptional. “Now I’m really, really pumped. I want more. I just cannot wait for tomorrow”. Seb shook his head in disbelieve when we came back after running around the lighthouse and parts of the coastal section. 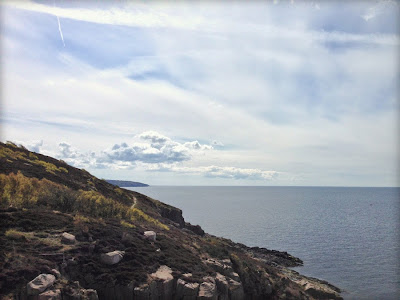 “Could you please decipher for me?” I questioned the two girls behind the startline to help me. The race director was standing on a chair in front of the 50k bunch. The Danish language is pretty hard to understand. Even more complicated when you are tense. “The path is well marked. There is a good bit of climbing in the first section. Support the runners that are still out there running the 100 miles. That’s all you need to know.” The Management Summary of the little speech must be OK. The Danish miss smirked and whished me luck. “Tak!” 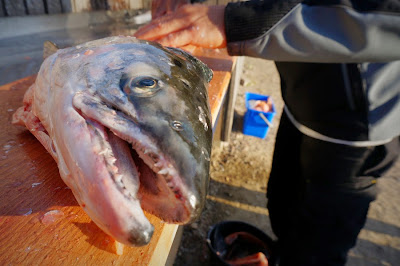 Thomas and I were in the lead straight away. I did not turn my head but there were some other dudes in the back. We talked a bit as we ran past striking trails and landscape that was just beyond believe. I must have sounded like a little school kid on his first holiday spree. Everything is incredible. Everything is so impressive. And the sun. All, everything is just so wonderful. “Shut up and run!!!” should have been Thomas’ answer. He did not say anything. 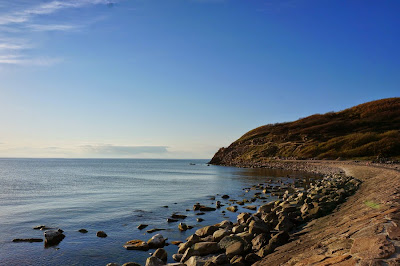 And then I was on my own. I don’t remember when I moved away. I felt good and still told myself to relax. It is a long way and I’m not 100% sure what’s coming. I enjoyed. I try to appreciate everything and there was so much. The stunning trails led from one great section to the other. The trails along the coast and the scenery in the forest. All great. All so good. All #runhappy material! 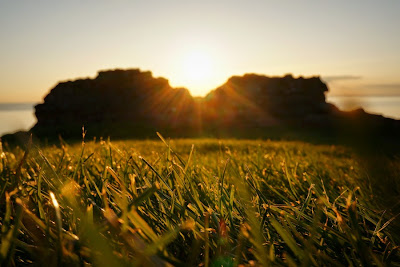 It was a 25k loop that formed this 50k race. Once I arrived back in the venue my little crew was chilling in the sun. They were waiting for their race and chatting with Andreas who had already finished his race. He won it and was the first one to see me coming. We had a quick chat and I restored nutrition and drink. I was busy and eager to leave. So I passed the timing map and went back. This time the other way ‘round. Shortly when I left I ran towards the 2nd place dude. We clapped each other and went our ways. 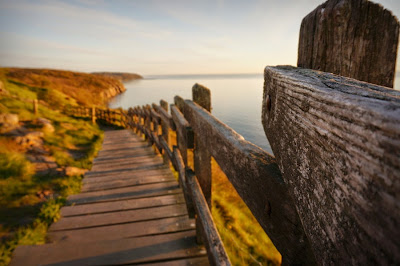 My applaud must have been a bit better then his. When he passed me at around 35k I did not feel like clapping anymore. My liveliness levels were low and I just coasted along. I stayed with him and did a good job for the next 5k in doing so. And then this long uphill section came. It took him a bit less time to run it. I was gone and could not follow. He quickly was out of sight. Now my view was free again. As I was looking at the back of some black Fellcross shoes for quite a while I had the chance now to enjoy the magnificence of the nature again. 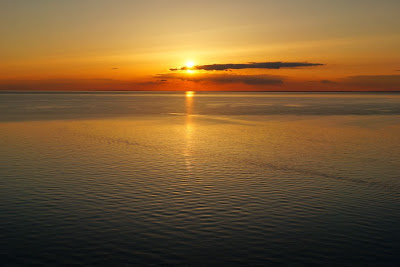 This section over the Hammer is very fine. So beautiful when you approach it from the lake – Not so after 48k. I hated it and my calves did not like it either. They started to cramp and I did not look forward to that long downhill from the top of the Hammer. Finally I made it. I made it with a smile and happy with 2nd place. I drank a bit. I ate a bit and then I slept in the warm midday sun. I then woke up to the smell of barbeque and beer. This smell should stay around me for quite a while now. 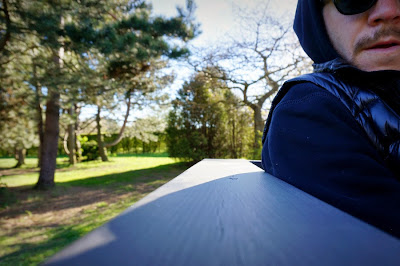 And as I opened yet another can of ice cold Tuborg I look over to my friend Toni. He came 2nd in the 100 Miler. He looks at his granite trophy and smiles: “It’s not the Alps, but it is very unique!” 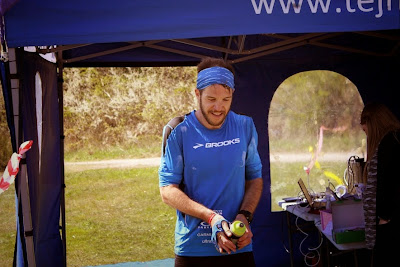