Even if you fall on your face, you’re still moving forward.
Victor Kiam 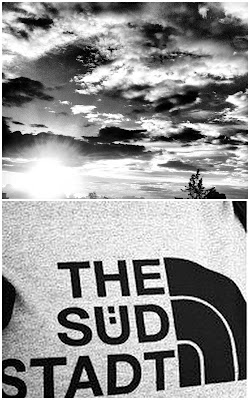 It took me a bit longer to create this post. Cause for that was that I was not able to write. With a taped-up left ring-finger it’s not that easygoing to use a keyboard. At around 45k into Sundays TNF 50k in Colombia I fell. Pretty bad crash on a downhill. A visit to the hospital in Bogota the next day brought the good news that no finger is destroyed. Only a distress makes the finger look pretty evil and has me to sport some kind of fixation. Not too bad.

The race itself went fine. Despite having huge problems with the altitude as I just arrived a day prior in Bogota (2,625 m) I finished solid and felt reasonably okay during the race. At this stage I shouldn’t have any problems with the elevation but I’m still struggling. I have been to lot of high-up places around the world and I never fully adapt. A lot is down to talent I guess. I continue to ignore it as well as I can.

This time the course was perfectly marked and a striking but hard-hitting route. I had all Altitude sickness symptoms’ you can imagine. A horrible headache, sleep problems and overall weakness factored up on the exciting course throughout the La Calera (Route was hovering between 2.746 m and 3.120 m), just 45 minutes up the mountain from Colombia’s capital Bogota.

I started off defensively and could grind my way further up the longer the race went. I had to puke twice and beside the usual fatigue I had to fight the headache that did not stop. The course made up for all that pain. Very diverse and exciting terrain, I loved it. Beautiful single trails combined with steep uphill’s as well as some pretty nice runnable sections make this race a true adventure and the 50 kilometers felt very short.

Another great day in the mountains was finished up with numerous friendly people on the streets of La Calera. Thanks again for the welcoming and friendly atmosphere Colombia!