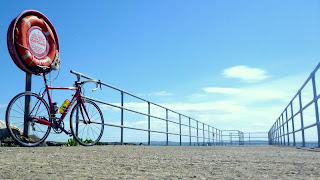 After all i have to say it was a stupid decision. Just back on the bike and straight into a race is not the wright way.

Hardly nobody went on the sunday morning club ride. Nearly everybody from the club was racing in Banbridge or at the Wicklow 200. So i made the (stupid) decision to get into the race in Banbridge. I like racing and i knew that i was not 100% fit after the forced break i had to take. I expected to sit in the main group and just roll along. It wasnt that easy – not for me and not at this day. I simply didnt had the head to get stuck in the race.

After the first loop and a couple of kilometres i called it a day.

Back on the bike