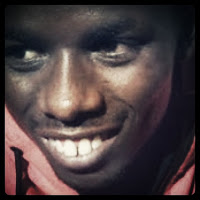 So many things are already written and will be. When i heard the news this morning i was deeply shocked and could not believed what had happen. Throughout the day it became pretty obvious and the news-feed in Facebook and twitter never stopped – Samuel Kamau Wanjiru is dead.

His tragic accident was the latest addition to several non-running related news surrounding the outstanding racer. Sammy was probably one of the most talented runners at his distance. With 24 years his best race would just have been ahead of him.