Go round the outside!

It was on the itinerary for quite some time. Back in 2003 when I first caught the ‘Ultra-Trail du Mont-Blanc (UTMB)’ by surprise via a piece in the French version of the ‘Runner’s World’ magazine, I was wholly rapt. At the time trail running was not a mass-hype – at least not outside of France. As my French is more less inexistent all the images that I saw, extremely fascinated me. The length of this footrace totally frightened me and the topography of the course appeared to be illusory and vicious all in one. At the time when this article confronted me with running lengthy and running in mountains I assumed it was a foolish thing to do. 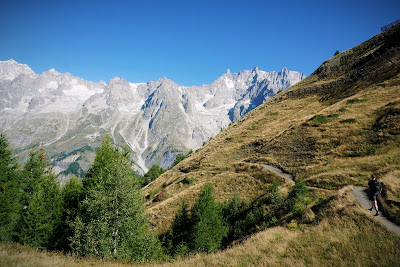 Still, I knew the area of play from skiing but couldn’t image people running from corner to corner of this lovely and gigantic mountain range. Consequently I learnt about the “Tour de Mont Blanc”, a hike through Switzerland, Italy and France. The UTMB race eventually monitors this structure of trails to reach its full length of 170 Kilometres. Since this article I watched the mythical Dawa Sherpa winning the first ever race, read about the wins of the running-myth that is Marco Olmo, shook the head in disbelief while Kilian Jornet won his first outing just under 21 hours and was fascinated when François d’Haene won the UTMB last year in a time of 20:11:44. Every year I’m surprised how many prominent racers drop out of this race. Highly decorated competitors don’t even make the cut offs. UTMB wins. The actual finish is a win in itself. 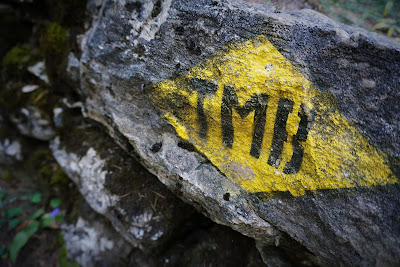 In the end Nick Clarks blog about his DNF a couple of years ago set an idea in my head. As running the competition was not really in my motivation array, I still desired to witness the course. What Nick stated at the end of his race-report ultimately fixed this idea.

“I think if I ever do get to lap Mont Blanc, it will be alone with my kids and wife. We will decide what we want to carry. We will pick a start time and a route. And then we will stick to it.” 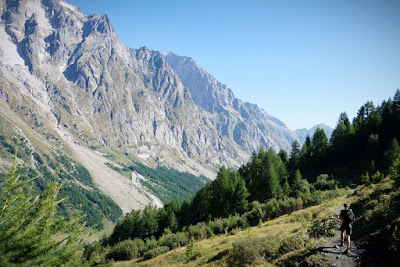 Some of my friends ran the race. They came back with worn out bodies but raved about the magnificence of the area and the variety of the course. Hiking as an alternative to running appeared to be the paramount way appreciate this course and the environment you are passing through. 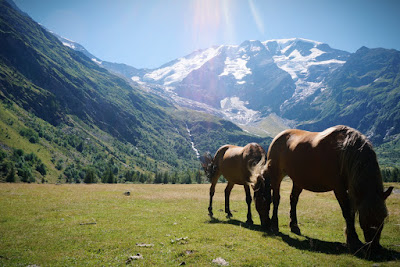 Three weeks ago my good pal Seb and myself filled our 20 litre rucksacks and marched this legendary route with minimal gear. We left the small Swiss hotel on top of Col de Forclaz early in the morning and made our way west en route for France. We left in damp and unkind conditions. Straight from the start of our excursion the fauna and the scenery drew us away. A couple of hours in, the day turned towards sun and sapphire sky. Flawless conditions for us. We did not touch our rain gear until some parts of the third day. We wandered through magnificent trails and the first ever glimpse of Mont Blanc was something the two of us will undoubtedly always recall. We traversed Col de Balme in nasty storms and beautiful fog. Made our way down in the direction towards Le Tour. The breeze blew away some of the clouds. Like a theatre curtain that opened up for the next act, the Mont Blanc got revealed. Cheerful morning sunshine was the beam. What a start. The conditions and the views continued to be nothing short of breath-taking throughout this journey. Lettering about all the specialities and breathtakingly encounters would fill a book. 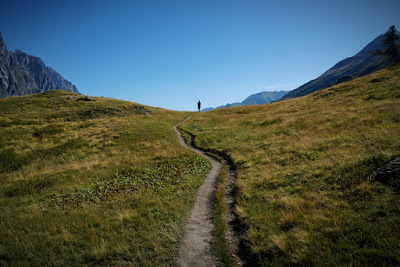 We approached our trek as a 4 day outing. We assumed a bit more than 40 kilometres a day would be a genuine target for us (“The race best time is a bit more than 20 hours, we surely can do that in 4 days…” ). We started with a pleasant and steady pace. Not pushing too hard put still being aware of the speed we were wandering. After more than 45 kilometres on the first day we reached Les Houches in the late afternoon. While eating some pizza and downing some beers we decided that we don’t really want to remain with our tactic. Haven’t taken many pictures and haven’t stopped to often didn’t really do the area any justice. As the enormous uphill and downhill shares of the course were sharper and lengthier then we anticipated we needed to alter our plan. The choice was to just walk and agree throughout the day where we are going to stop and stay overnight. Unquestionably this was the best decision and surely is the one I would recommend anyone else that is planning to hike around the Mont Blanc. If you are not around with a huge group I wouldn’t put myself under the stress of reaching any way-point at a definite time. Our four day strategy was very much radical. Still I say that it is a achievable plan if you keep the pace high and might run the long downhill stretches. On the other hand you would miss a lot of distinct details that make this path so exceptional and beautiful. 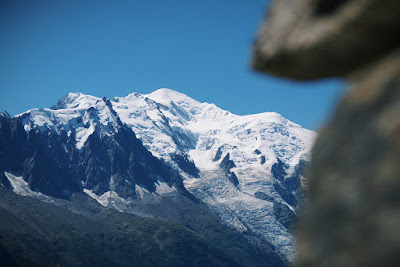 With the choice of not rushing ourselves it sustained to be an impressive hike. The structure of hotels and Refugio’s we used is superb and even through the peak season we never had any difficulties finding economical and proper accommodation. Some peaks might be a bit crowded but we always found a silent place to rest, relax and soak in the splendour. 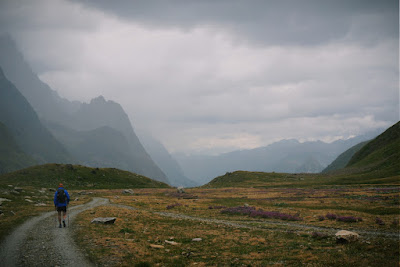 After four days of walking we touched down in the Swiss settlement of La Fouly in the early afternoon. Pleased and hyped after all the experiences we bought ourselves some ice-cold cans of coke and relaxed in the warm lunchtime sun. We skipped the latter 20 kilometres of the way but were still cheerful with what we had done in those four days. The TMB, UTMB or whatsoever you want to call it is a true and authentic biggie. It is a path that has its image for a reason. 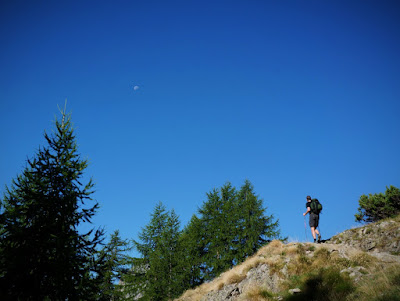