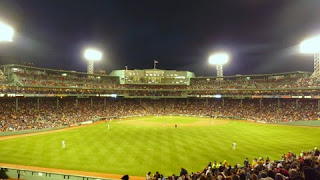 There is not much movement in europe at the moment. Not much movement in irish airspace aswell. Three flights went out of sunny Dublin today. One of those three was the aircraft going to Boston. Lucky me, as i had a seat booked in exactly this one.

Havent seen Dublin airport so quite. Beautiful – for me. The only rush in the building was in front of the Aer Lingus Information desk. No rush for me. Checked in in seconds and at the gate in a minute. Love it! 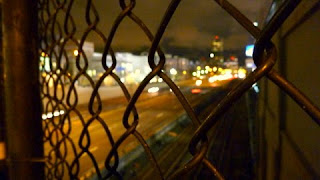 Same secenario in Boston. People tried to get spaces on the trans atlantic flights. The few that went out. I met Martin Fagan who was just in the middle of a little airport odyssey. Coming from Flagstaff he tried to get to Dublin for the 10k on Sunday in Phoenix Park. After several stops across the US he was lucky with a seat in the plane that left Boston for Dublin. One of the few that actually went today.

Weather in Boston is shit. Trademark irish weather in the states. Rain and wind. Dont like it at all. The city is nice and im looking forward to get a bit of the Marathon spirit despite not running in it.

Went to a Red Sox game tonight and left after 1,5 hours due to the lack of exitment. What a sport. Unbelivable.

New Kit On The Block