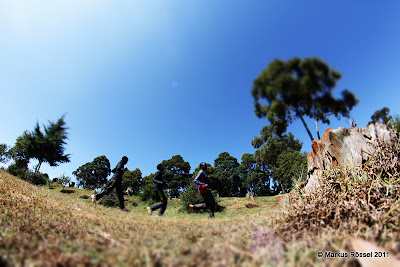 “So what’s the story with your running?” was a question that I had to face a good few times in the last couple of weeks and months. “Nothing major really!” would have been the usual answer to that question.

After my DNF at the Rotterdam Marathon I took some time off to give the body a proper rest. I was drained out physically and mentally. Nevertheless the break did not last too long as the impatience to go out and do sports was just too big.

Since my preparation for the Boston Marathon in 2010 I had problems with my left leg. Compartment syndrome was the first judgment the doctors made. Lucky enough that was not the correct examination. All the different tests took a good bit of time and to find zero after all was kind of disappointing to a certain extend.

I went on and focused on stretching to get my tense legs going. It got better and I increased the weekly mileage which felt fine. My stay earlier in the year in Kenya was great as always and the training down there just flew by without any major trouble. I got a few treatments by a Dutch friend who is working solely in Kenya as a physio. He figured out that my hips and legs are exceptionally tight. As he did his best to get me flexible onlookers such as Florence Kiplagat or Hilda Kibet had good fun and could not believe how stiff one body can be. Thats Mzungo style! 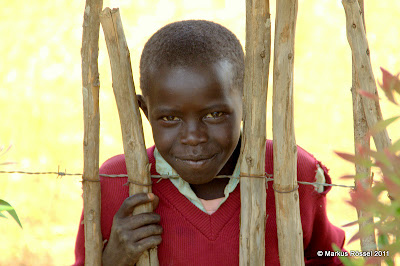 So I went on with Physio treatment when I came back to Ireland. All with the focus on my left calf and the soreness that was in there. Weeks and months flew by. The problem got less and came back in a weekly rhythm. No fundamental change set in. I was sick of being unable to run pain free and contacted a number of people in the local running scene. One came back to me and suggested a certain osteopath. That kind of treatment was absolutely new to me but my friend convinced me to give it a try. He was diagnosed with shin splints and the osteopath found out that it was a misbalance which caused the trouble in his legs. Anyway he is just ran his PB over 1500 meters and also the treatment Mark Smyth gave me did the job.

Amazing to see how he looks at the body and the problems he recognized with mine. A twisted back caused all the mess in my left leg. The reasons and solutions he discussed with me made complete sense. The only dilemma was the aftermath – Pain and Noise. At the end it was me walking out of Marks clinic relaxed as never before.

I took it easy the days after the treatment and saw Vinny Mulvey for another treatment the other night. Great to chat with a experienced athlete and physio about the struggle I had. As Vinny was out with injuries for a while he knew where to work my body. The hips and lower back was the focus for him as he put me through another journey to the pain-land. It was worth it as I can tell by now. The pressure is nearly gone out of my legs and running feels relaxed and pain free again. A feeling which I did not had for a year.