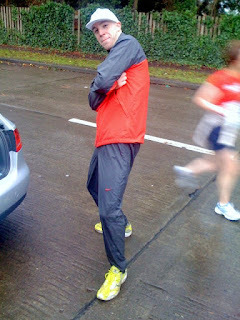 as last sunday the morning started of perfect. sun all the way!

i picked up simone 1,5 hours prior to the start and the weather just went bad. typically ireland. when we arrived at st.annes park in dublin it was slashing raining and we were complettely soacked after picking up our numbers. 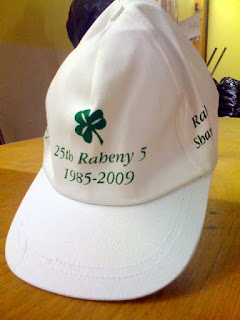 as mentioned prior in this blog, raheny 5 has one of the most competitive fields in ireland and is the first big test for all runners across ireland. the field was huge so the start got a bit messy. after 1/2 a mile i was able to run without any problems or other competitors in the way.

as uli was telling me some days earlier i didnt went out to hard as most of the field just tries to make the move on the first (downhill) section. i got a nice group but the speed was tough anyway. i never really kept “rolling” and the legs werent relaxed after, so far, 90 km this week. its very hard for me to maintain the speed in such “short” races. it seems that i have to work on my technic for races like this. i have the power and the endurance but i cant get it to work the way i want in races like this. but eventually im not training for that distance so for the marathon i have to focus on different aspects. but after rotterdam i definitely have to maintain my current 5 k & 10 k performance.

the after race excitment was a good dinner and pints and then the streets at the olympic theatre. brilliant show! 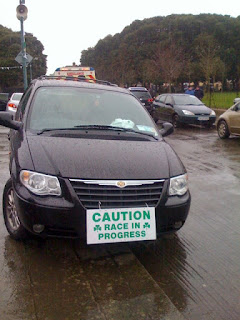 This week so far