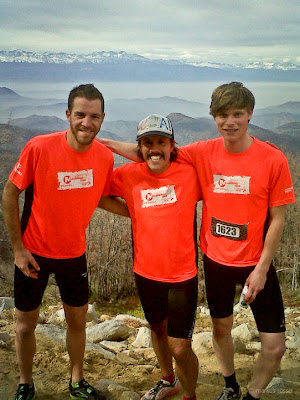 That was some race. Getting 1.048 meters of climbing done on a stretch of 8,3 kilometers means an average grade of 13% and not much of a “Douche Grade” at all.

Pat and I were late entering the race officially. With the help of the organizers we were approved to run the competition without bib and that meant no timing. It was the best thing that could have happened to us. What a rough day out. Possibly one of the most distinctive races I have ever made. To be in form to actually race a course like this contains a lot of special training, which Pat and I visibly did not do. We paid for that. And we paid badly.

The first meters were stress-free as the route went downhill on pavement and then abruptly we hit the trails. I tried to hit them hard, as I felt solid all week in training. My strength was the wrong strength. I suffered all the way to the (exceptionally stunning) top of the Cerro El Roble (2.205 AMSL). I was surprised and staggered by that course and the concept of a “Vertical K” race. The respect I got for the guys who race those things to the top is massive. To say it is a different kind of sport is not far of. I really do like it and it amazed and humiliated me a lot.

After a bit over an hour it was finally over. And after some banter on top of the mountain Pat and I hit the downhill which was great fun flying down those steep technical trails back to the start where we decided to take a proper nap in the sun and wait for the springboks couple Vanessa and Dan who thankfully gave us a lift to the venue about an hour outside of Santiago.

Sunday sunrise Pat and I met up with Dan again and we hit the trails nearby. After a couple of months living in Santiago, Dan is a proper specialist when it comes to the local trail system. He happily guided us around his training playground and we ran a lot of great paths, which began straight out from the city center. Its great to see such fine trails so near to a hectic 6 million people city.

We passed through a city park and went straight up the Cerro Carbon (1.580 AMSL). Overseeing the city in the morning was remarkable and the mix between smog and fog is truly a very unique one. Another great day in the mountains continued with loads of laugh and banter as the downhill from Cerro Carbon saw me banging my toe gravely and Pat whipping out nicely and blaming Joe Grant for that… 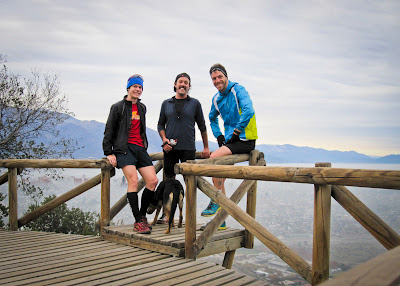 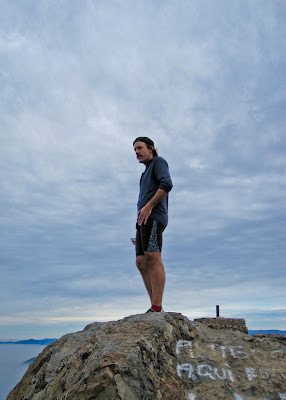 Thanks to Dan for the pics!
admin
Uncategorized