The Good, the Bad and the Ultra 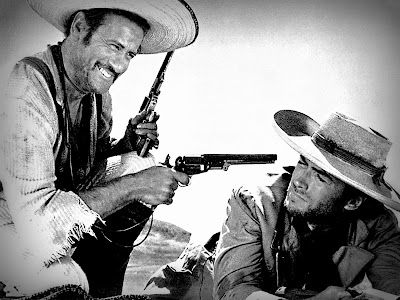 “When you have to shoot, shoot, don’t talk.

Wow. What a day. This race had it all. And it might had a bit too much, at least for me. As I’m pretty much new to this thing titled “Ultra Running” I was stoked, exited, charmed and now I am humble.

The Patagonia Run around San Martin de los Andes is a brute, a stunning brute.

This whole days holds so much stories that it would probably puts everyone to sleep reading it. I try to cut that huge chunk of deep feelings and impressions in a small one.

A 4am start means a timely wake up. I didn’t really have to wake up as I didn’t really sleep. So I got out the bed at 1.30am had food, listened to some music and prepared the rest of my stuff.

Then it went fast and we set off, out in the dark night. And nights in the middle of the Andes are dark. The pure wilderness is pure black. So I tried to stay with some runners. As I knew that Nelson would be starting defensively I stayed with him for a little bit. The pace then felt not right to me and I let him go. His head torch was noticeable for a few minutes and then disappeared in the pitch black forest. I was on my own. No one behind me, no one in the front. Only the huge quantity of helpers was the only species of life I confronted in the forest. The trails were great not to say amazing. Paired with the dark and the quietness it was even more amazing. Very good marked and prepared so it wasn’t a problem to run alone. The time flew by and I passed some aid stations. I ate well, took all my gels and tried to get moving.

The first severe climbing came at the 28k mark. It continued to be the major uphill portion of the course – the way to the Mount Quilanlahue (1673 m). This baby was very technical and impossible to run. Looking back this part took a good volume of energy out of my frame. The climb was long, steep and tired me immensely. At this phase the sun was rising and the sights while ascending the fell was just mind-blowing. What a sunrise, what a striking part of the world. I passed the checkpoint on the top of the mountain and faced the downhill, which had the same feature. An aid station was set up just after the decent and I could empty the shoes, eat, drink and went on.

I could rave for hundreds or thousand blog posts about the trails, lakes, woodlands, foothills, trees, plants, light… It is sheer incredible and far amongst the imagination if you haven’t witnessed it yourself. When you run past a group of wild horses through the snow-covered grassland while the sun is about to set, you surely recognize why you love this sport.

And then it went downwards for me.

Despite being systematically with the nutrition I bonked. And I bonked like I have never bonked before. I walked parts and tried to come back. Ran through pain and tiredness but it did not work. I filled up at an aid station in the hope I wake up again but I didn’t. The inner tiredness was unreal and something I never faced before. I kept going and tried to fight the fatigue and sleepiness. I passed a group of volunteers and decided to take a lift back to San Martin.

DNF – Race over somewhere after the 60k checkpoint.

Still I don’t know what happened. I went back to the apartment, showered and went straight to bed where I remained for the rest of the day!

As this was only my third run past the 42,195 kilometer mark I still have a lot to learn. Despite not finishing the race the impressions running long and running trails are amazing.

The best pill against a post-DNF Trauma is just on the table – the 9th edición Yerba Buena a Tafí del Valle in Tucuman in two weeks.

Despite Mauris (He was in the 100k) and my DNF the gang had a good outing as Laura and Gustavo won the 100k and Gusti came 6th.