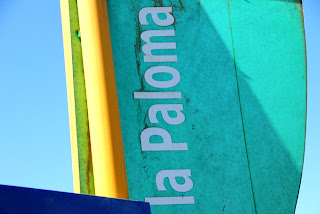 My second road race in Uruguay was another special one. Another time my form wasn’t in the one i would have liked to have. I was resting nearly two weeks after the Cruce de los Andes. After spending a couple of days in Iguazu and getting a couple of light jogs in, i arrived in Uruguay last week to stay again with Jorge and his family in the beautiful seaside town of Solis. 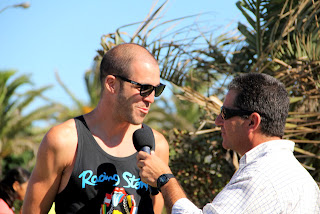 Solis is located just 90 kilometer east of Montevideo. It is a great and quite place right beside the sea. Lovely sand backroads and a main road with kilometer markers make it a great training location. Jorge and i put in some decent jogs in during the week prior to the race in La Paloma. The legs felt okay and fully recovered.

I’m a big fan of point-to-point races and like San Felipe – Santiago last December 7th Travesía La Pedrera – La Paloma was another exceptional course along the seaside. The direction of the route changes every year. This Saturday we ran “with the wind” alongside the splendid Atlantic coast from the unique surfer village of La Pedrera to the coastal town of La Paloma. 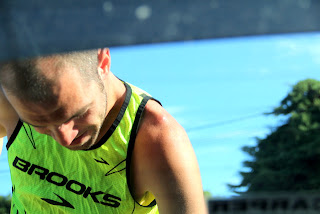 As the start time was at 6:30 in the evening we took it fairly easy and had no rush to made our way from Solis to sign up in La Paloma. I had to take it easy anyway as I still was under the influence of approximately 2 kg of finest Uruguayan Asado. I passed my Asador assessment the night before and my stomach is still not used to that amount of meat. Unbelievable but truly great!

Almost 300 runners lined up in luminous La Pedrera and after the first 600 meters uphill section we tracked back towards La Paloma. A modest organization and unconventional road closure methods by the local police make a race like this even more friendly and easy going. It was hard for me to judge my form. All runs during the week felt good but I tried to start with a relaxed pace which, as usual didn’t really work out. After a couple of minutes I was running on my own between the groups and I decided to takes it easy and wait for Jorge who was just a couples of meters behind me. Together we tackled the the beautiful road along the coast. Nice crowd support and some crispy waves in the road made the race interesting. I suffered pretty early on and had to fight. It helped to run with Jorge but at around the kilometer 9 mark beside the beach i had to let him go. 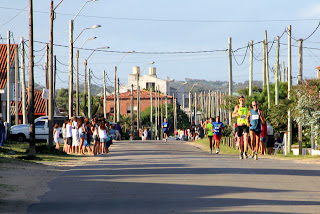 I ran the rest of the race with the women leader and finished in a disappointing time of 44:08 in La Paloma. I need to plan my next Uruguay trip ahead as I would like to run one of the matchless courses in full fitness. Nevertheless this was a great race and again a good experience to run in a country that’s really growing on me.
Thanks to Sandra for the great camera work and support!