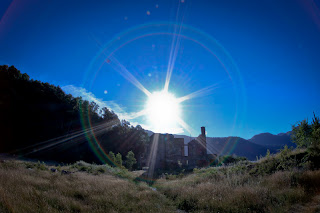 It took me relatively long to write this post about the “Cruce de los Andes 2012” last weekend. It is great to see that people do care about this blog and the amount of emails enquiring for the report amazed me – Gracias for the interest. I initially planned to script this chunk on the 19 hour bus trip from San Martin de los Andes back to Buenos Aires but the comatose influence of argentine overland buses combined with cheap wine and the common grogginess after a race like this made it tough for me to stay awake for the major part of the journey.

There would be countless stories and experiences to share looking back at the time in the west of Argentina and the east of Chile so I will try to keep this piece short and sweet. 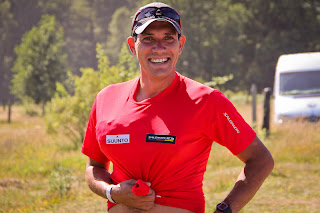 The annual “Cruce de los Andes” is a 3-day stage competition ran by teams of 2 individuals. Even with a minimal level of castellan it is easy to recognize by the title of the race that the main target of the contest is to cross the renowned Andes peaks. This time the task was to start in Chile and finish in Argentina.

We were a group of six who made the trip from Buenos Aires to the scenic town of San Martin de los Andes. We reached our base 2 days before the race. The enormous logistics behind the event saw us travelling a day prior to reach the first of two campsites that the organization set up. It did not take long to get an impression of the raw beauty of the Patagonian scenery while we travelled on the backroads towards Chile. The transfer to the first camp was planned with buses and finally on a ferry. We left Argentina to Chile and had to wait together with all the other participants to board the ferry from Puerto Pirehueico to Puerto Fuy. 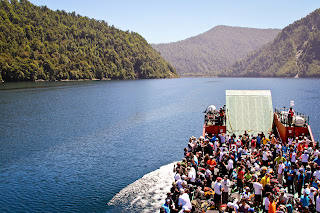 As the photos give away, the passage was something else. The magnificence of the surroundings paired with the thrilling atmosphere on the ship took its prime as the ferry made its way past a narrow part of the lake and all of a sudden applaud occurred as the main target of the first race day came up distinctly visible for every passenger – the Mocho Choshuenco volcano.

The camp for the first two days was located beside the scenic Puerto Fuy beach. Runners from all over the globe prepared for the first stage the next morning. The folks from ESPN caught up with Pepe and me for a swanky pre-race interview for their TV show, we then had Asado and went to bed early. 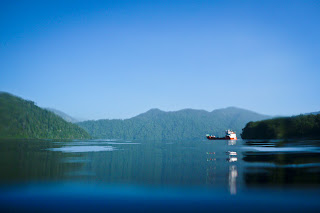 My single experience with ultra trail competitions goes back to 2009. A couple of weeks after running the NYC marathon I travelled to Lyon to run SainteLyon. And even here in this rural part of South America my running history caught up with me as I met Lyon native Guillaume now living in Sao Paolo. We shared the passion and love for this great night race and it fetched my memory back. As the race in Lyon went good I tried to recall the experience. Going out extremely defensibly (thanks Adrian) was the key for the pure joy I got out of my SainteLyon race. I wanted to do the same again. 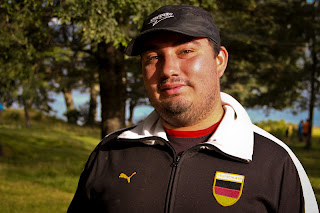 My partner Pepe and I never ran together before the “El Cruce”. As a friend of Bernardo could not run the race we were lucky to jump on one of the extremely popular spots. The race typically sells out within days or even hours. As we both did not know the standards of each other we agreed on a defense tactic and simply enjoy the race.

The route for the first day saw us running up the Mocho Choshuenco volcano – pretty impressive and challenging. Being able to run in such a striking nature was just great. The outlooks we got on top of the volcano were just indescribable. A scenery that is so gigantic and pure catches everybody. It absolutely did me as I frequently forgot that I was running and just „flowed“ my way round the snow.

After rotating around the top of the volcano it was show time on an extremely sharp and technical challenging downhill, first on snow and then on rocks. I loved it. Unfortunately Pepe stumbled over on the decent and sprained his ankle. We then had to take it extremely easy back to the camp. 39 kilometers for the first day was in the books. Back to Asado and beer. 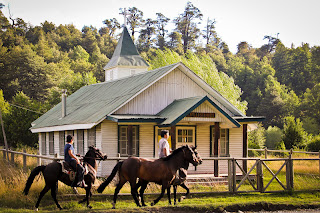 On the second day we were routing from Puerto Fuy to the second camp. Pepe was not sure if he could run in the morning so we decided to split and I went on with my solo burden. I opened the race with Bernardo, Marcelo, Vincente and Ruben. We ran together for the first 20 kilometers and then I decided to test the legs. What happened then could be defined as „Trail Porn“. The topography is just made for races like this. I appreciated it and combined with more and more amazing views and a course that saw me running over bridges, through rivers, past gigantic trees and on single trails that want me to come back and ride it again with the mountain bike – Dreamlike. The legs were great and I caught team after team which was highly motivating. As I came around a corner I was glad to see the lake. I knew the finish was beside that lake and I imagined that this it. It wasn’t. The last 2 kilometers was about climbing and swimming along the shore. It was the icing on the 45 kilometer cake! 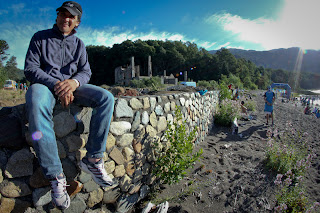 Once in the camp I grabbed my bag and relaxed the battered legs in the lake. Needless to say I also used some bottles of my desired recovery beverage – supreme Isenbeck beer. I was lucky to get my bag this day. Several runners did not and it turned out to be a bit of a chaos. Well, how good an organization is, is undoubtedly spotted when difficulties occur. Trusting one ferry to transport all essential belongings from camp A to camp B is a risk I would not take arranging a competition which such an entry fee.

I decided to run the last day solid from the gun. Certain special features for the ultimate 22 kilometers were the boarder controls at the Chilean and Argentine stations, a wavy and challenging track, the stone lakeshore, the boat transfer and again that astonishing pleasant and charming atmosphere behind the finish line. 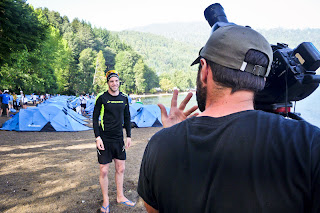 My first stage, team and adventure race had it all and I’m looking forward to return to another “El Cruce”. Next time with a bit more competitive attitude (get organized Shane, Simo, Fabse, Seb, Uli… ) and with the same travel partners and companion runners.

Cheers to each and everybody I have met throughout the race no matter under what name you recall me – Beckenbauer, Klinsmann, Alegman…