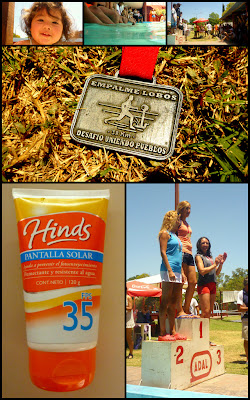 They call this race “Dakar” for a reason.

I heard tons of stories about this 30 Kilometer race in Lobos. But you just believe that everything is actually true when you are facing all the specialities that people brag about. Today i learned the hard and hot way that everything is true.

Lobos is the head city of the Lobos Partido in the Buenos Aires Province and is located roughly 100 kilometers south-west of Buenos Aires. On the journey to the race venue, on the outskirts of Lobos i got the first impression of the world famous Pampas. Bernardo, Nora and I drove for ages and i couldn’t believe that there was not a single elevation in the landscape. Massive fields left and right. Impressive.

We arrived at the venue in time and picked up all the essentials from the registration. The organizer, Miguel Angel Schiel, was pleased to meet me. He was extremely happy to have a german runner in the race as his father was born in Germany aswell. Everybody from the organizing Asociación de Atletismo Lobense was extremely friendly and supportive. They were pleased to have a foreigner in the race and made that know to everybody with several announcements. 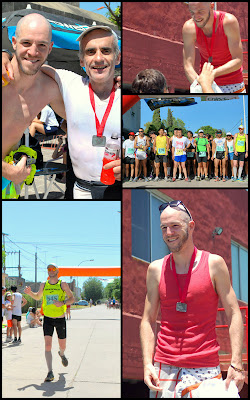 It was still coolish when we started. The route took a short zick-zack way through the town and then one could already see what everybody was talking about – the clay roads. A “kenyan style” road full of dust and little rocks. The plan was to run that road 15k up, turn around, and the same procedure back to Lobos. Easier said than done.

I tried to settle in with a nice, defensive pace. It didn’t really worked out as i had to suffer pretty early on in the race. When the sun came up higher and higher in the sky, i got slower and slower. It was painful as the route had basically 3 corners, thats was it.

Every water station was like a oasis in the dessert. I could not get enough water in me and on my body. I cruised on and suffered a lot, walked a bit and finally was back on the tarmac road of Lobos.

I was happy to see the finish line and to cool down in the pool. This one was tough. What usually would be jogging pace feels like flat out. The sun is burning the energy out.

Nevertheless it was a great experience and the more than friendly and welcoming atmosphere was unreal. I had to give interviews for the local TV and newspapers and had to take lot of pictures with a lot of people.

Thanks very much Lobos. It was a real pleasure! 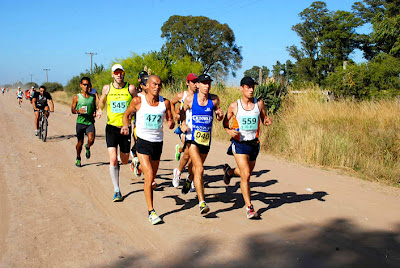