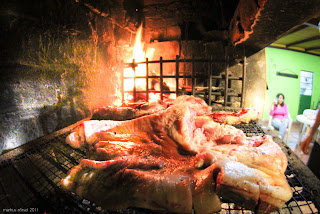 Was this the most scary part of last weekend?

As i was crossing the finish line on Montevideo’s beautiful seafront i did not know if i had the toughest part of the weekend still behind or in front of me.

The journey from Buenos Aires’ Puerto Madeiro to Colonia Harbour in Uruguay was one of the most scary experiences i have wittnessed since using several traveling methods. A jam-packed “Colonia Express” boat was on its way to cross the huge Río de la Plata as the weather suddenly decided to get nasty. The rough conditions made the boat trip scary as the little ferry bounced from wave to wave. First it was fun for most of the passengers but the higher the waves got the more frightened it got. Laughs turned into silence and at least every 4th passenger used those nice little plastic bags in front of the seats.

I never looked more forward to get fresh air in and step on solid ground. What a commute to one of Uruguay’s classic Road Races – The San Felipe y Santiago 10k along the Río de la Plata beaches of Montevideo. 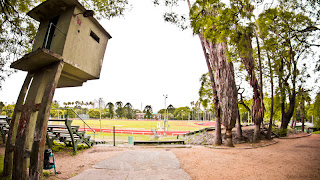 My friend “Daktari” Jorge in Montevideo convinced me to come over from Buenos Aires to run the 10k race. It was the last big race in Uruguay’s road running calendar and a good amount of runners (2.500) showed up right beside the Rio de la Plata at a little suburb just outside Montevideo. Jorge and i were joking about the weather all day long. I was hoping for cooler conditions and i got them. A bit to cool and a bit too “irish” anyway. No sign of the south-american summer during Saturday. Beside some solid rain and chilly temperatures i never experienced such a wind. The storm from friday carried on during saturday. Wind along a coast is nothing out of the extraordinary but that was something else. I wouldn’t have minded a nice “2011 Boston Style” tailwind. What we got was a very tough punch wright in the face – Headwind! As the course was a beautiful point-to-point route along the “river” (…can one really call that huge thing a river?) there was no escape. 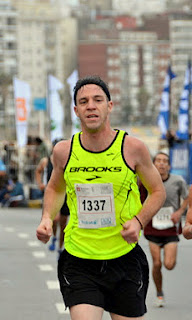 I settled in with a nice relaxed pace. I knew i was not 100% race sharp for a 10k so i tried to hang in a solid group and draft my way towards Montevideo. I was more impressed with the great course profile along the Rio de la Plata than with my form. Average legs with tough Headwind made this 10 kilometer sightseeing tour something special, rather nice. Nevertheless i loved the race. One of the best courses i have ever ran paired with very nice people and a great community spirit in the local running scene. As the finish line came closer and closer i couldn’t take my thoughts of the nice “Asado” Jorge had planned for the evening.

At the moment i really don’t know what scared me more. The crazy ferry trip to Montevideo, seeing the amount of meat on the Jorge’s grill or my finishing time.