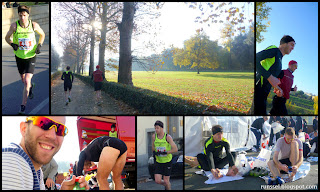 14 degrees – no wind – sunny. Perfect conditions awaited us at the start area right beside the river Arno in Florence. A perfect day for running in one of Europe’s most beautiful cities.

The atmosphere was pumped and electric. Italian road races are always special and exiting. No difference this time in scenic Tuscany. As always Florence is the last major marathon in Europe’s road racing calendar. Runners from all over Europe gathered in the start corals. And a italian road race wouldn’t be an italian road race without that special hype around at the start line. A never-stopping, overexcited announcer paired with tons of hectic and important looking officials and runners that are not even stop their discussions during a minute of silence. One has to love that typical italo style mess.

When i started training for the race 16 weeks ago the goal was clear – sub 2:45. The build-up was great. Two weeks out of the race i was saying to a friend that this would be my first race without any injury or illness. I was wrong. Just 9 days out of the big day my body shut down. I got ill and now after running the marathon i have to say i was never fully recovered from the flu i had.

Anyway. I was in Florence with my friends Sebastian and Fabian. We were also supposed to meet my old Crusaders compariot Simone and so i was more than keen on the trip to Tuscany. The race plan was pretty clear and simple. 4 minutes per kilometer until half way and then listen to the body and pick up the pace. This time I relaxed and ran defensively and even paced from the start. I was hitting the kilometer marks perfectly which gave me huge confidence. Fabian, who was over to support, was delighted to see me traveling with a nice pace from the beginning. No “Harakiri Style” this time. The speed was OK and the conditions together with the great route made the run extremly enjoyable. Just a couple of meters after the half way mark Fabian was waiting again beside the road and told me that i passed exactly as planned out, clockwork. 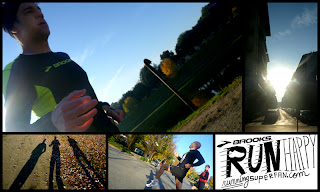 I continued with the pace and tried to relaxed the body as good as possible. Just a couple of meters after the 26k mark the first signs of fatigue and pain came up and i never got in the mood of fighting through and simply not accept the first uncomfortable part of the race.

Now, a couple of days after the marathon, i have to be honest to myself as i was clearly was not 100% fit and thereof not mentally ready to run as hard as i wanted. Once you doubt that your body is not able to take the pain its hard to convince yourself to fight through. I had to accept that fact, disappointed.

There was no cloud at the sky and the weather was just too beautiful to give up completely. I decided to relax for a short while and continued jogging around the city. After 03:17:10 i arrived at the finish line on the Piazza di Santa Croce. The strange feeling of being happy that i jogged to the finish and being disappointed with the performance set in. I spotted a chair beside the grand stand and just sat down for 10 minutes. Someone brought me a blanket and a bottle of water. This was it. Another marathon under my belt. Yet again another lesson learned. Cazzo! 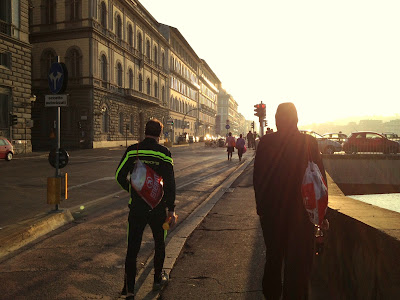