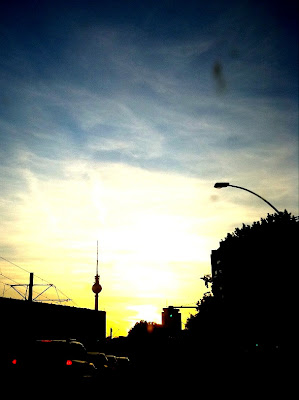 It seems that I have certain similarities. This time my counterpart might be the great Haile Gee.

The two of us did not get any further than the 35 Kilometre Mark in Berlin this Sunday. The two off us undoubtedly had different targets. Furthermore we had different troubles.

Hailes first problem was a not so pleasant “pacemaker” named Patrick M. who did precisely the right thing by using a classic style cycle approach to get rid of “The Greatest”. Some crosses later and Haile Gee was occupying the grass section in the middle of the wide Berlin roads. Asthma, again. DNF.

My goal was to direct runners to a finish time of 3:15. That worked fine until my stomach spontaneously decided to get rid of all the inhabits. The first time a uncontrolled gulp down helped to keep the capital litter free. Not so after the 15 Kilometre mark. I did a Makau style cross in the direction of the middle of the road and emptied the tank. My goal pace, 4:37 minutes per Kilometre still went well and I felt comfortable and under control all the time. Despite the settled speed my belly was not in high spirits.

Kilometre 22 saw the next “puke on the run”. My passengers in the 3/15 bus weren’t frightened as I always vomited when the crew was hitting the aid stations. Whilst I got an additional cramp just shortly after the 35 Kilometre sign I had to stop and finish the run. There was not an inch of energy left in me.

DNF as a pacer sucks even more than DNF as a racer. Lots of people were running with me and I felt very dreadful leaving them on their own for the final 8 kilometres. I just hope each one reached their personal goal and is happy with the race!

For me it was bad luck on the day. Today I still feel the blow and I believe what happened was the start of a flu. Bed will be the training ground for the next days I guess…