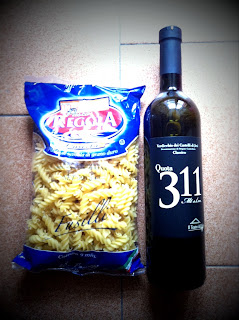 I do not really know what my three moroccon friends where telling the organisers. Properly they threatened them to blow up the place. At least what they were saying, in a typical italian style “discussione”, worked for me at the end. I got a bib-number and was allowed to run the race.

When running a race in italy you have to be associated with the Italian national athletics federation (FIDAL). As i am not a member of a italian club it was hard luck for me in this case. “Fuori competizione”, out of competiton, was the solution for me on this foggy and chilly morning in the trashy sea-side town of Civitanova Marche.

Together with 2.500 “corridori” a bunch of “local” kenyans and morrocons lined up for this “Mezza Maratona”. After a stunning long run around Cesena on satuday morning i wanted to use this half marathon to work on my pacing. The two loops around Civitanova where not spectacular but i was happy to get a fast long run in and shape up towards Rotterdam in 26 days. 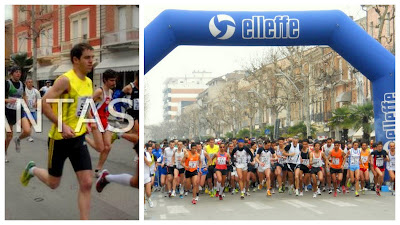 The race itself went OK. As the legs and head were tired from saturday it felt a bit like the second half of a marathon. Most of the time i was running on my own which was not easy. Shortly after the 17th kilometer mark my Garmin was tired as well and switched off. The results are not up but i think i came in with a high 1:18 time.

Beside the great goodie bag (see picture above) the finish line feed station was something else. Great local food made me forget the run in seconds. And again my three morrocon friends helped me as they motivated me to stride out with them along the sea front. In my head i just had one desire – molto veloce back to the cibo and vino.