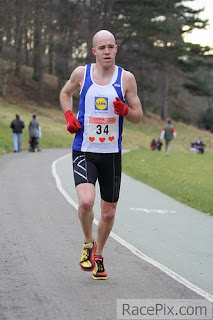 Things happen when you least expect it.

As of today I have to say that’s true. At the end of another high mileage week I had a 10k race scheduled in. My company had the first annual running event set up and the team made the way to the phoenix park for the pre-valentines cupid’s dash. The weather was perfect: 5°C and no wind.

I had absolutely no expectations in that race. I just wanted to go out and enjoy it. Darren put a bit of pre-start pressure on me. He came 2nd last year and tried to convince me to shot for the front. I was a bit skeptic but when I arrived at the start line the only competitive face I knew was Turlough, a training partner for the 2k sessions during the summer.

With the usual delay the race set of and just before the 1k mark we were travelling in a three man leading group. When I increased the tempo just shortly after the marker it was only Turlough and me left up front. We cruised in solid speed around the park. I couldn’t respond when he increased the pace and fell back a bit. Still in sight during the rest of the race I wasn’t able to catch Turlough again.

As always for races in the Phoenix Park the route was wavy and challenging. I felt really good during the complete race and finally the training paid off a bit. 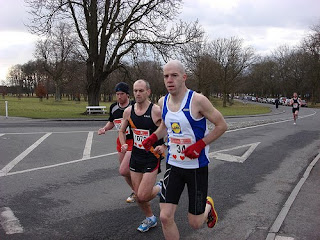 The last hill leading up to the turnaround point at the 9k mark was tough but my 2nd place motivated me not to slow down.

Finally I came home with a 34:54 on an “officially measured AAI 10K route”. The 2nd place was one for the ego but in a “light” field like this nothing special. Let’s file it in the “ego section” of the running brain.

Thanks to Darren and the Racepix.com guys for the pictures.