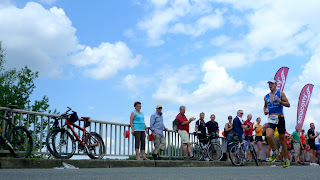 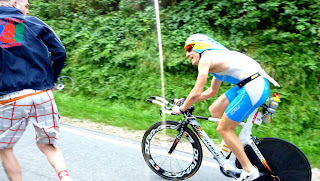 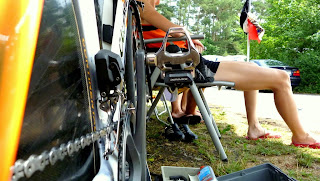 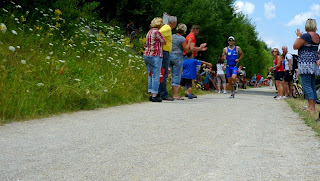 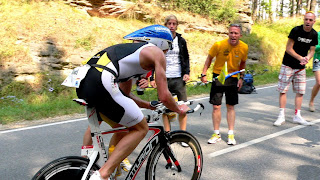 …Both Jacobs and Llanos worked hard to keep pace with Henning. Eventually the trio was joined by cyclists Sebastian Kienle and Normann Stadler, both of Germany. Kienle excelled as Stadler dropped out of the race. At the end of the 112 miles, Kienle was in the lead and was trailed by Henning and Llanos. Kienle started the marathon with a four-minute lead and was able to extend that in the first 10 kilometers. As the day went on, it looked like Kienle may have gone out too fast. Henning turned in a 2:39:43 marathon to take the win in 7:52:36, just two minutes slower than the men’s iron-distance world record. Kienle held on for second, with Llanos finishing third.