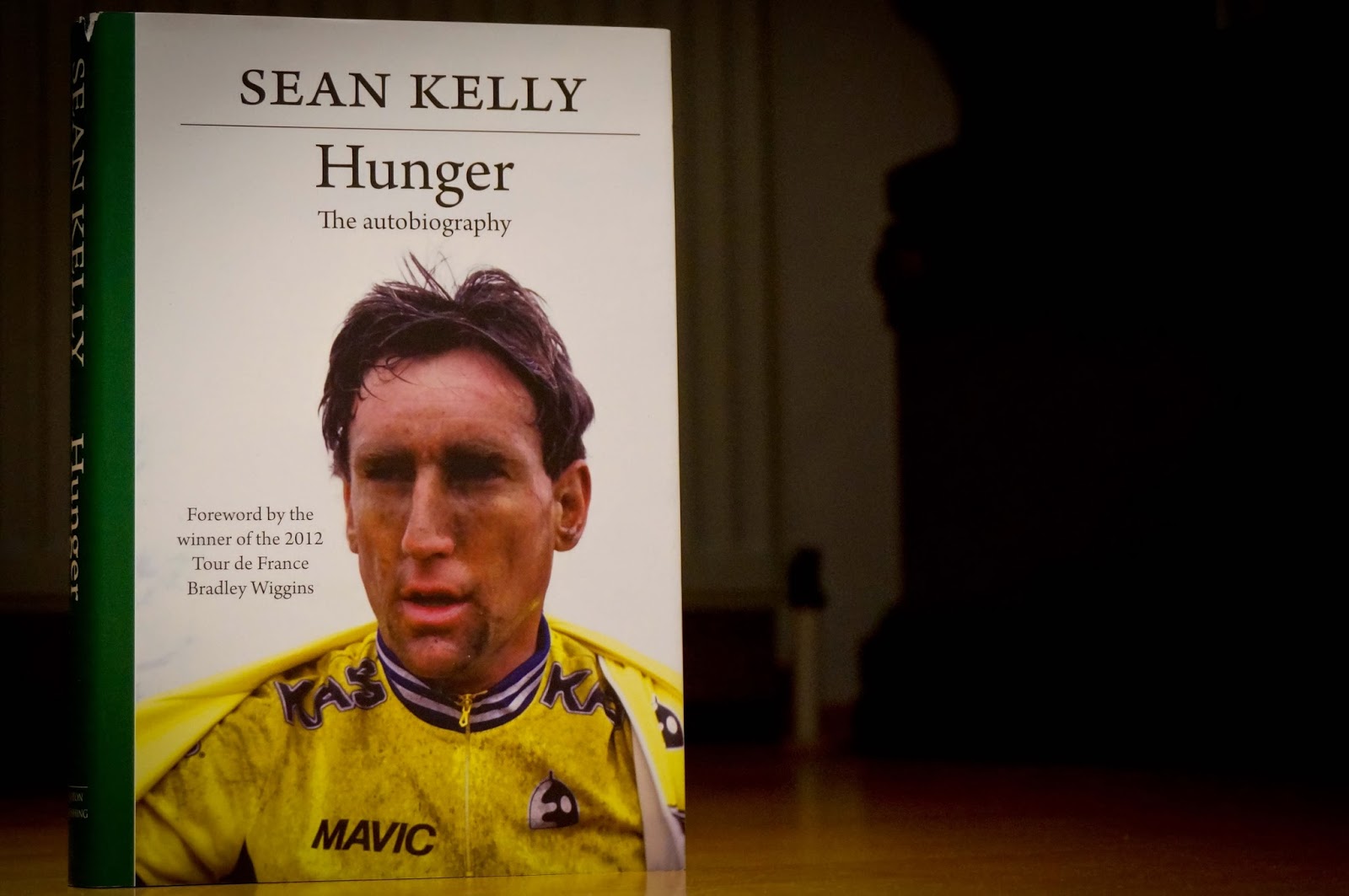 The most successful Irish sportsmen ever was never a man of many words. Sean Kelly’s skill was to ride bicycles. Triumphs were his speech.

In a time were people transcribe autobiographies in their early twenties, Kelly took his time. He retired from professional cycling in 1994 and just now released his book. 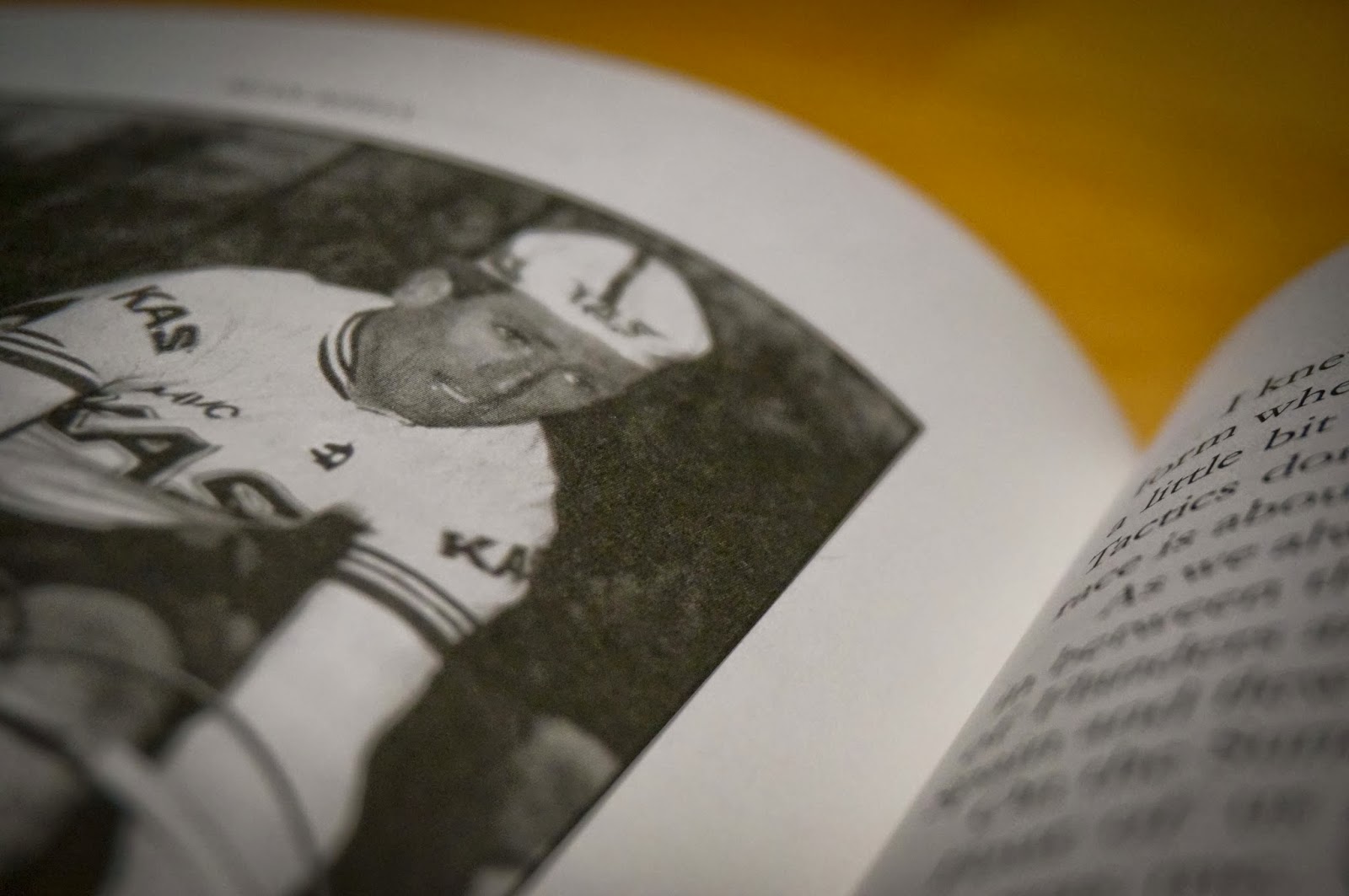 The man from Carrick-on-Suir in South Tipperary, Ireland is know for his introversion and for him to open up in a book seems to be a slight spectacle. The 70s and 80s cycling area charms me and since I appreciate the classics and the era that surrounds those races, I have appreciated Kelly.

For me the most fascinating part was reading about his childhood and training in Ireland. I passed through Kelly’s hometown several times when I was living on the isle and I was always intrigued by his aura. Having met him once all my pre-made up clichés and expectations seemed to be true. 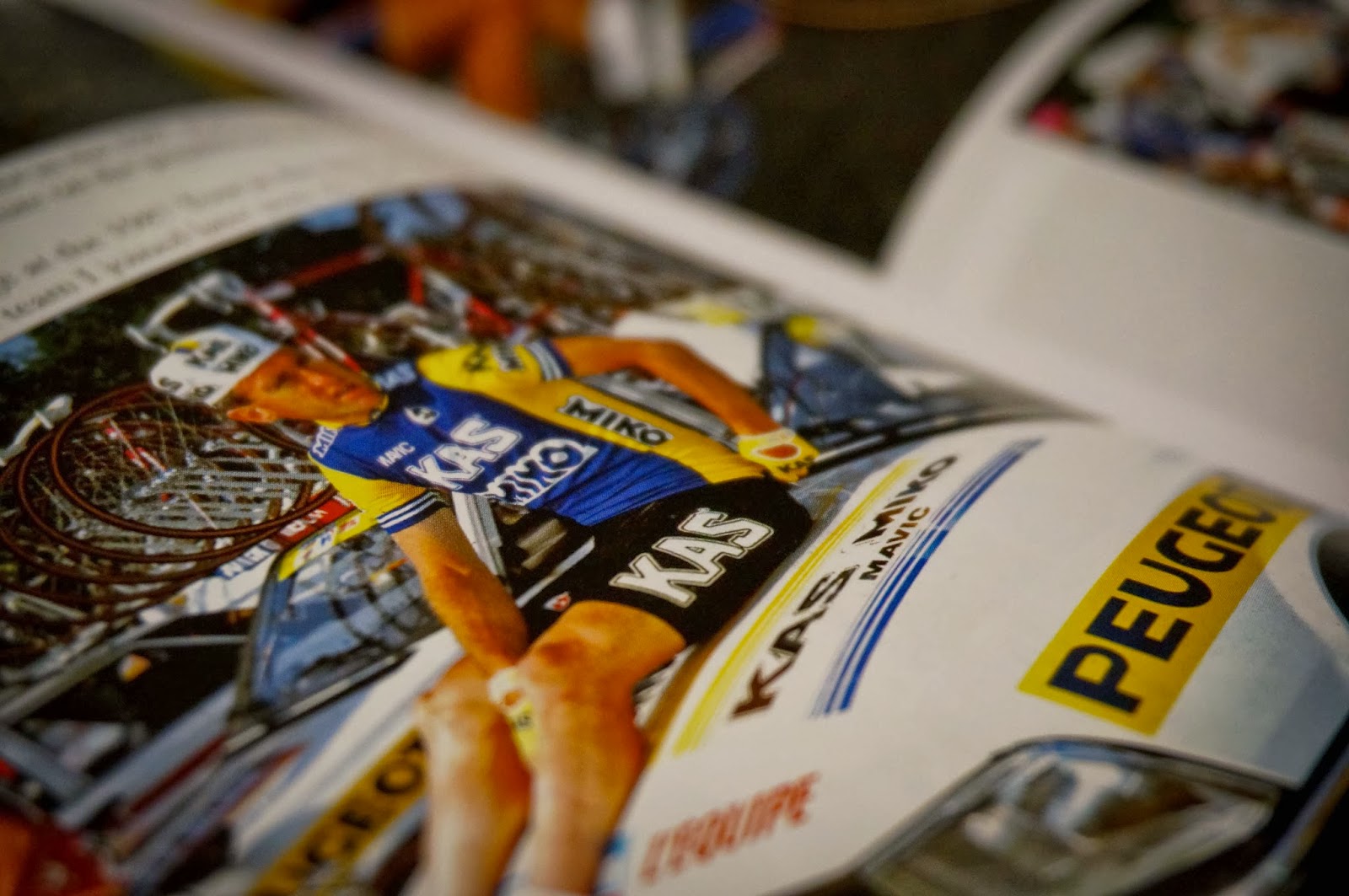 The man who took seven straight wins at the Paris-Nice, just to name my personal highlight, delivered a book that is entertaining and not self-promoting. Insight into cycling’s heartland, several team mangers and mates and agreements that were “made on the road”. Don’t expect a book that debates about “juice” and what happened in the hotel rooms. As Kelly states: “I’m not a great one for reflecting or reminiscing”. Give him that and enjoy a book that’s talking and delivering the beauty of road cycling. 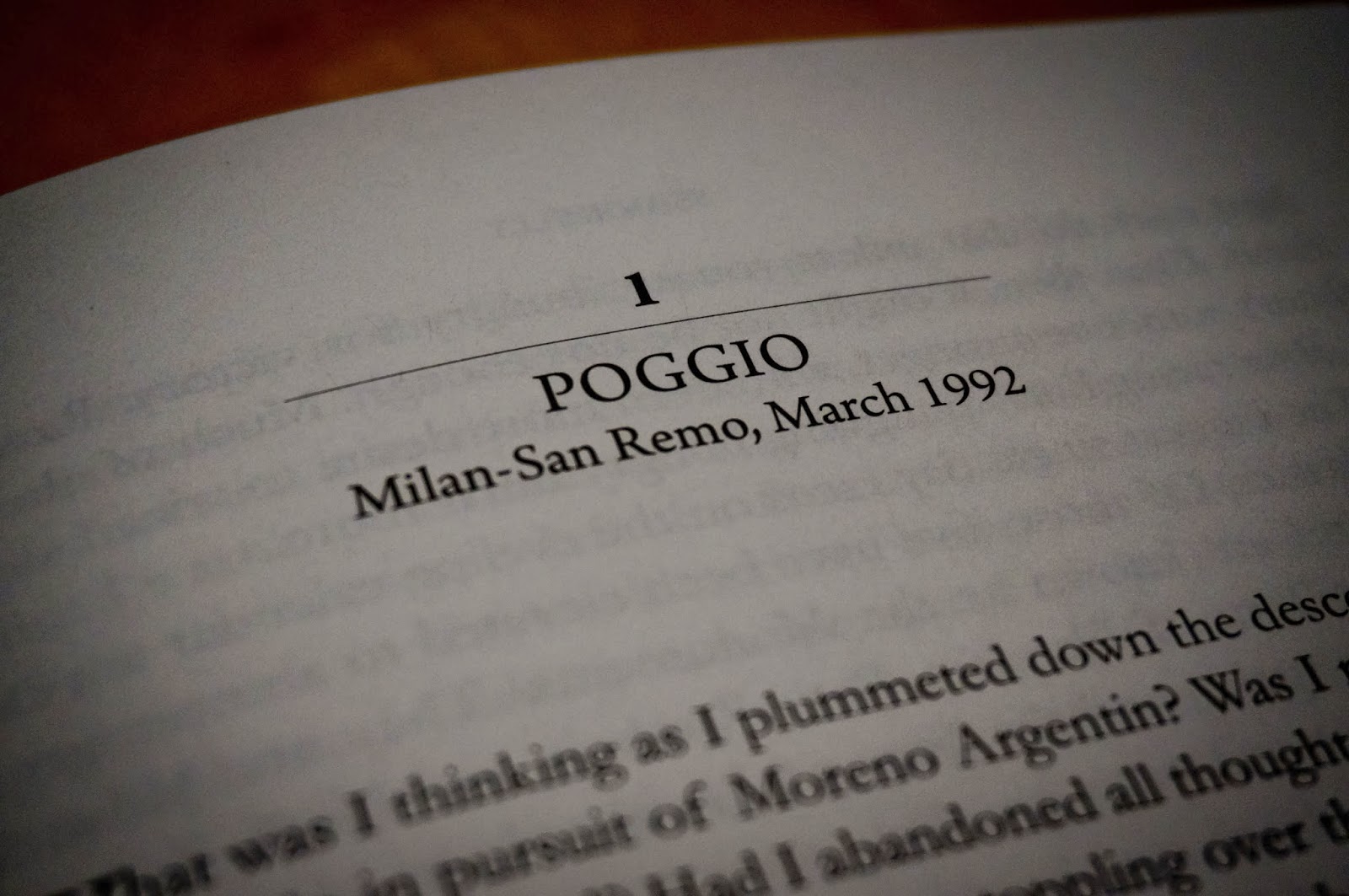 Skip the A-slaves and get this book directly @ pelotonpublishing.co.uk
Januar 21, 2014 / 1 Kommentar

It was just too mesmerizing, too baffling and way to appealing.

What started a few years ago with viscous interchange of video clips and articles terminated in a simple and to the point merit application to Anders Malm and the Utö brothers. Since yesterday we know that we are a part of it in this years edition. Team number 35 “German Sparkle Party”!

“Take it easy, but take it.” Woody Guthrie

We extensively discussed this appreciation through training sessions and over certain beers. We both agreed that this is simply outlandish and absurd. But we eternally knew – This one is particular and highly motivating.

On the 1st of September 2014 we eventually will reach Utö MÅL. After 10 kilometers of swimming and 65 kilometers of running Fabian and I will know what it means to be part of “one of the toughest endurance races in the world” – the ÖTILLÖ

Straight at it. Initial competition of the season. Some true classic – the 48th version of the Cross Series at the Haigern. A ‘lil highland just outside my hometown.

Some formats are in place as the organizing TV Flein 1895 take the fields of kids, seniors and juniors through 525 m, 750 m and 1075 m loops across the forest alleyways and trails. No better way to get used to running hard and legitimately fast.

I selected the 6k possibility and was content with my 23:42 time (Strava). I knew that I miss some leg pace and a bit of strength but nonetheless it was some proper testing. You never kick as solid as you would in a racing situation.

Completed a 115km week with some cool-down shaking, sausage, Frankenmeister burden and proper home-grown Glühwein with the lads. You got to love this kind of winter contesting. Handsome atmosphere.

Tune of the day: Ladi6 – Diamonds 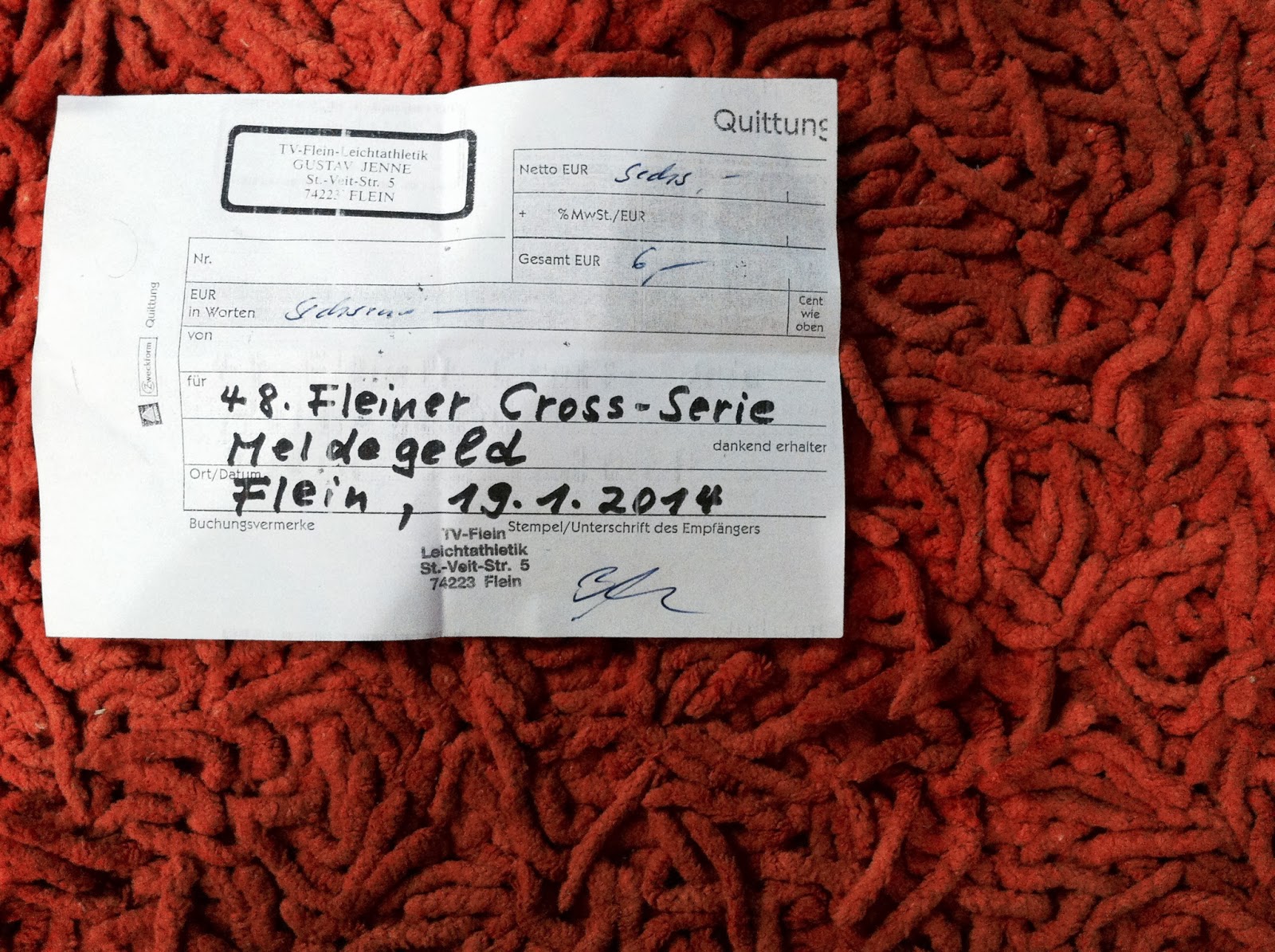 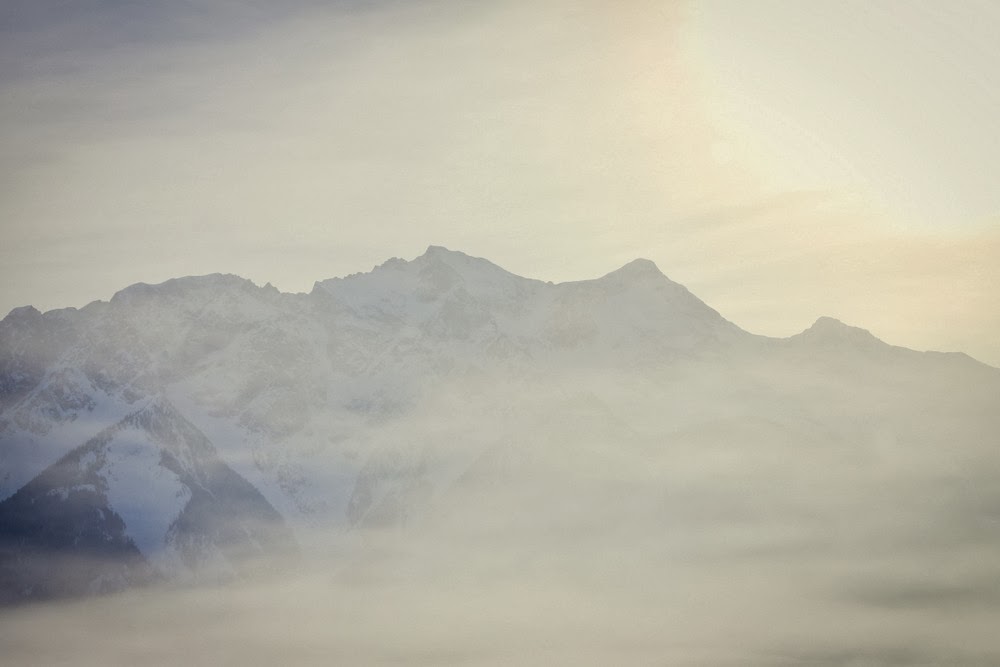 In the hunt for some powder and plenty of leisure skating miles, I drove down south to the town of Oberstdorf. Remarkable weather matching the snow and a satisfactory amount of slopes are serving the starvation for some long anticipated cross exercise. 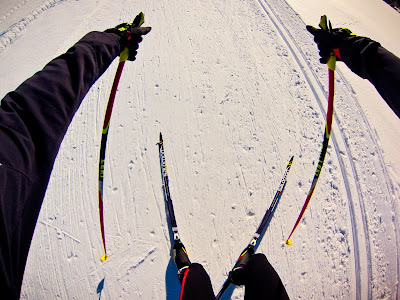 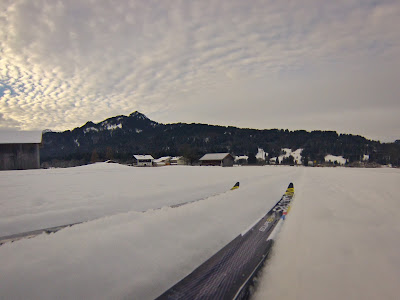 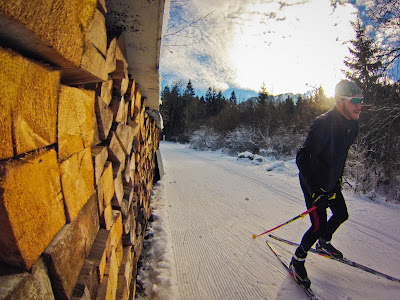 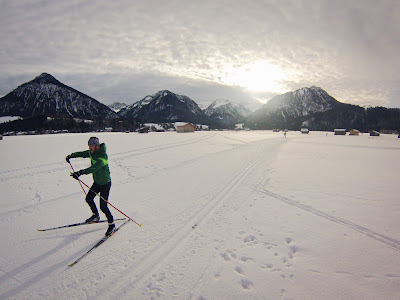 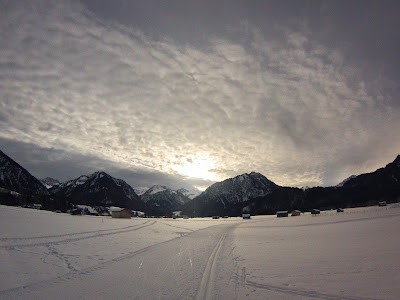 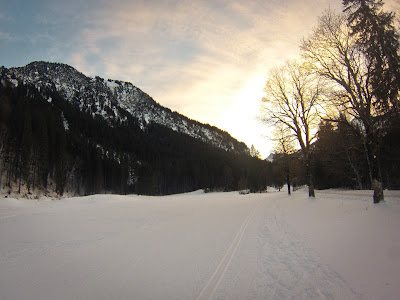 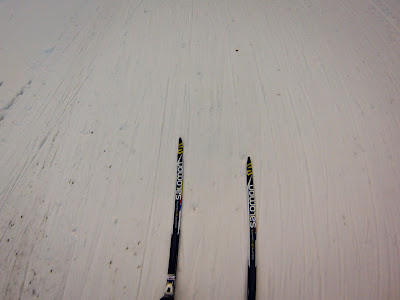 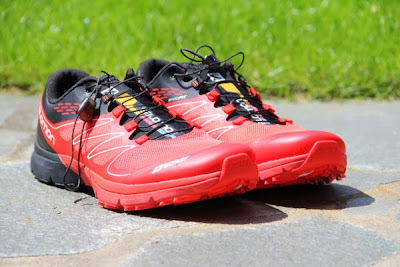 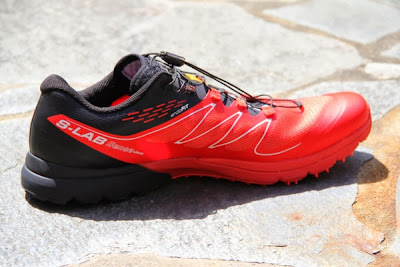 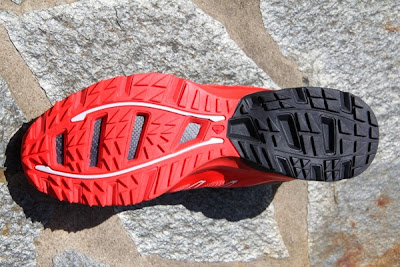 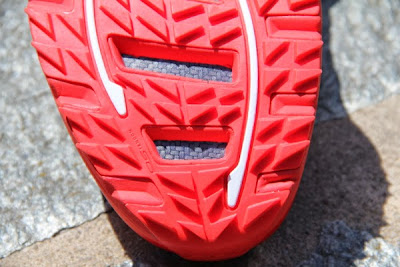 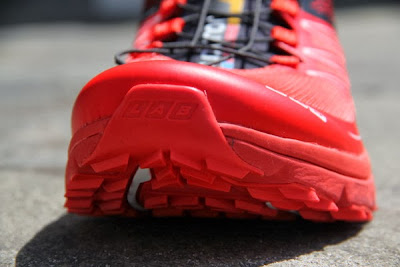 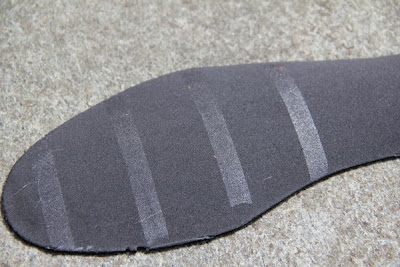 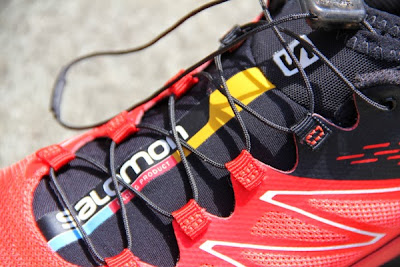 It is not an easygoing mission to find the accurate shoe for this kind of damp and rainy climate. You never really know what to expect when you go out for a run these days in the middle of Europe. The day-to-day training bounces amongst dull roads, misty forest paths, muddy farm-tracks and your splashed home-grown single trail.

Most of the time I’m just so impatient to go out running that I simply do not want to think about the shoe I’m going to wear. Unquestionably in summer it does not really matter what you wear. The difficulties and undergrounds do not ask for to much during daily exercise. Suddenly in wintertime this changes. Not only to the best.

It is not the first time I run this shoe and it surely wont be the last. In this kind of season he is man. The Adrenaline comes with a humble but efficient and well positioned „MoGo“- cushion that still give you enough sensation for the environment your leaping past. Together with the new outside that features the well-known Gore- Tex Membrane nothing really speaks against this shoe.

With the 10th version Brooks still opted the game for this role-model that set the standard. Merged with this new ADR sole. Well, they created a true polymath for daily running training. 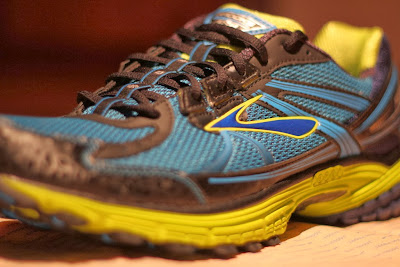 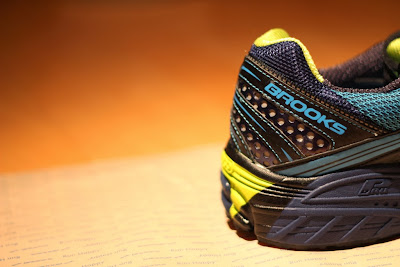 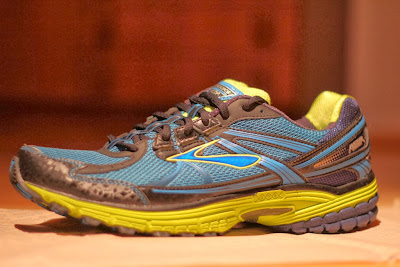 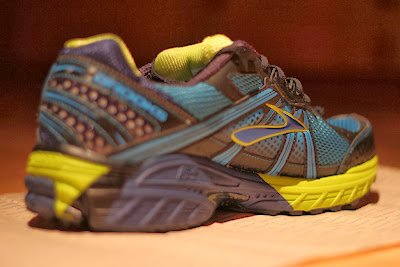 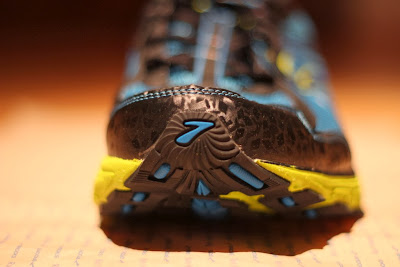 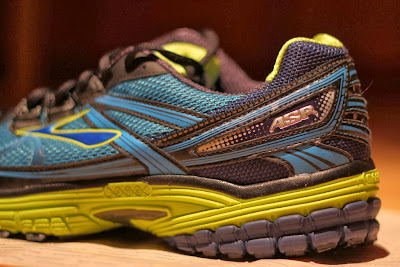 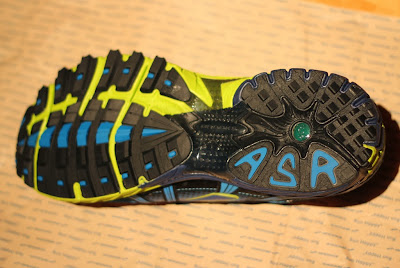 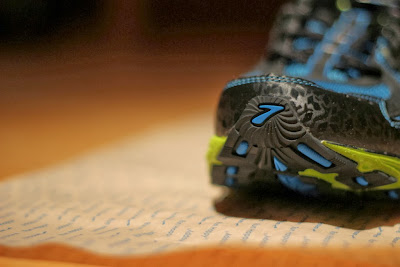